Rural Metro fire crews were called at around 1:45 a.m. to a neighborhood near 144th Street and Rio Verde Drive and discovered a travel trailer and SUV that were fully engulfed in flames.

The fire had spread to a second trailer and a nearby outbuilding as well, officials said.

Firefighters discovered that propane tanks on the trailers were fueling the flames and started attacking the fire, working to protect nearby livestock and other vehicles in the area.

A woman's body was found inside the trailer after crews extinguished the fire. Fire crews said that it appeared that the woman had tried to escape but was overwhelmed by smoke or fire.

Neighbors reacted to the scary incident.

"It scared me a lot because that's really close. That's not far at all. We saw the fire come over the mountain in a distance. That's terrifying. That was close," a neighbor said.

Another neighbor said, "I was wondering what was going on because it was in the middle of the night. I looked at my clock. It was 2 or 3 a.m."

Some neighbors don't know the woman personally but send their condolences.

"It's definitely a little bit scary, yes, you know. It's fortunate everyone is OK around the neighborhood, and you know, I'm very sorry for the people and their loss," a neighbor said. 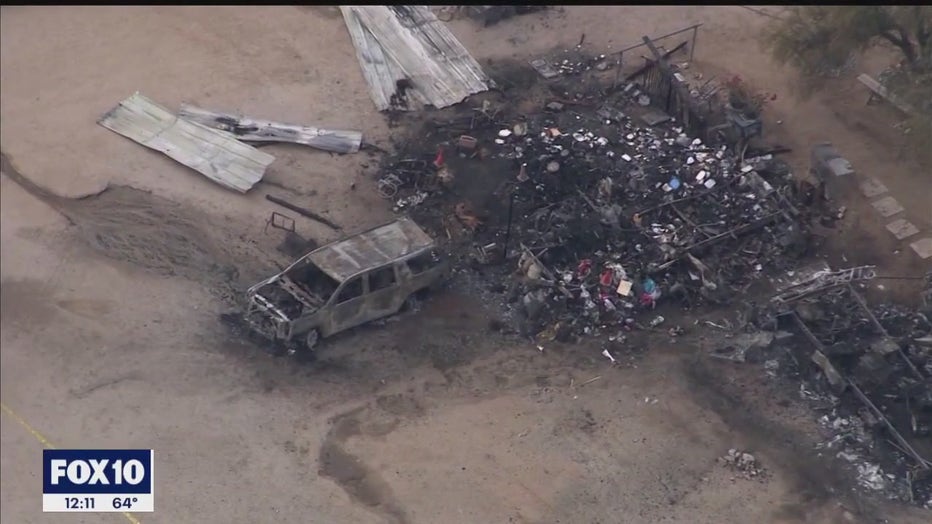