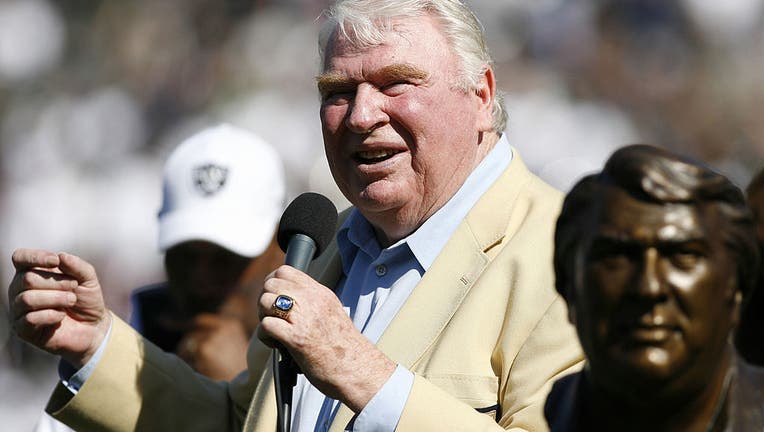 Hall of Fame coach John Madden during pregame ceremonies as the Oakland Raiders defeated the Arizona Cardinals by a score of 22 to 9 at McAfee Coliseum, Oakland, California, October 22, 2006. (Photo by Robert B. Stanton/Getty Images)

A public memorial will be held for John Madden, the Hall of Fame football coach and commentator from the Bay Area, next month in Oakland, the NFL announced Friday.

"The Madden family has been overwhelmed by the outpouring of love and support during the difficult time following John Madden's passing," the NFL said on social media.

Madden died December 28 at age 85. He grew up in Daly City and later lived for much of his life in Pleasanton.

He enjoyed enormous success and popularity as the coach of the Oakland Raiders from 1969 to 1978. In 1976, the team won the Super Bowl with Madden at the helm.

After coaching, Madden's popularity spread as he established himself in media as a beloved television broadcaster for NFL games and the namesake of a hugely successful franchise of football video games.

NFL legend John Madden died Tuesday at the age of 85, the league announced in a statement.