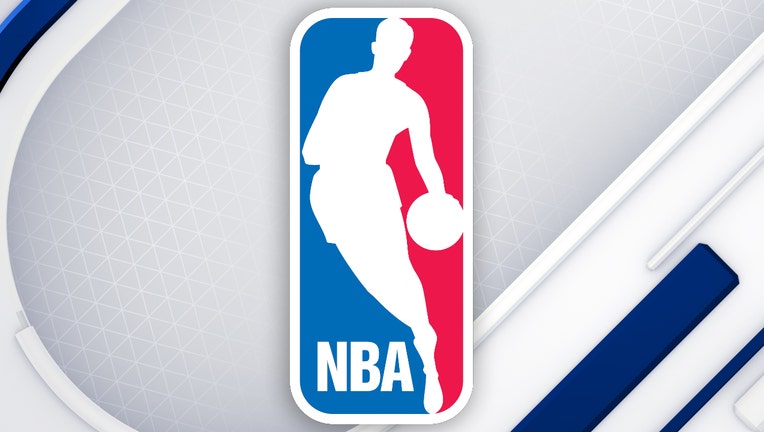 The All-Star Game is going to have plenty of new faces.

The NBA released the list of the players Thursday voted by the league’s head coaches as reserves for the Feb. 16 game in Chicago, including six who will be All-Stars for the first time.

“Definitely it is an honor,” Tatum said in a statement. “I am extremely blessed and grateful. Third year, to make the All-Star team, it is a surreal feeling. I’m just very excited and it is a dream come true.”

Those six - combined with starters Pascal Siakam, Luka Doncic and Trae Young, whose spots were revealed last week - mean nine first-time All-Stars will be at the game.

That's the highest number of first-time All-Stars in a decade.

“I don't get there without my teammates," said Adebayo, who went to last year's game in Charlotte as a fan, sitting in the seats and eating dinner from Bojangles - a popular fast food restaurant in that region. “They've been behind me this whole time."

Paul is now a 10-time All-Star selection, the 41st such player with that distinction. Westbrook has made it nine times in the last 10 seasons.

Among the notable omissions from the reserve list: Phoenix’s Devin Booker, Detroit’s Derrick Rose and Andre Drummond, Washington’s Bradley Beal, the Los Angeles Clippers’ Paul George and Indiana’s Malcolm Brogdon. Beal is sixth in the NBA in scoring entering Thursday and Booker is eighth, while Drummond leads the league in rebounds per game.

“I’ve played with and against multiple All-Stars in this league and Devin Booker is undoubtedly an NBA All-Star,” Suns general manager James Jones said.

More notable omissions: Everyone from the San Antonio Spurs. Barring an injury replacement, the Spurs won't have an All-Star for the first time since 1997 ending what had been the longest such active streak in the NBA. DeMar DeRozan, who entered Thursday averaging 23.0 points, 5.7 rebounds and 5.2 assists per game this season for the Spurs, seemed like a legitimate All-Star candidate.

No members of the Golden State Warriors made it, which was to be expected after the five-time defending Western Conference champions have been battered by injuries and are at the bottom of their conference.

Stephen Curry and Klay Thompson were in the game for the Warriors last season; both have been hurt this season. Kevin Durant also was an All-Star for Golden State a year ago; he's also injured and is now with the Brooklyn Nets.

Curry, Thompson and Durant aren’t the only faces from 2019 not playing in Chicago.

Captains LeBron James of the Los Angeles Lakers and Giannis Antetokounmpo of the Milwaukee Bucks will pick their teams on Feb. 6, just as they did when they held the jobs last year. The top three picks from last season - Durant, Curry and Irving - are all among those not playing in this year’s game.

In addition to the new faces, there’s a new format. The NBA announced earlier Thursday that the first three quarters of the All-Star Game would essentially be turned into a mini-game for charity before an untimed final quarter with a target score that will decide which team wins. Scores will be reset - back to 0-0 - at the start of the second and third quarters, then restored to begin the fourth quarter.

From there, a tribute to Kobe Bryant and the No. 24 jersey he wore for the last decade of his NBA career comes into play.

The team that wins the All-Star Game will be the first to reach a target score, determined by the total points the team in the lead scored in the first three quarters combined - plus 24, the obvious nod to Bryant, the 18-time All-Star who died along with his 13-year-old daughter and seven others in a helicopter crash earlier this week.