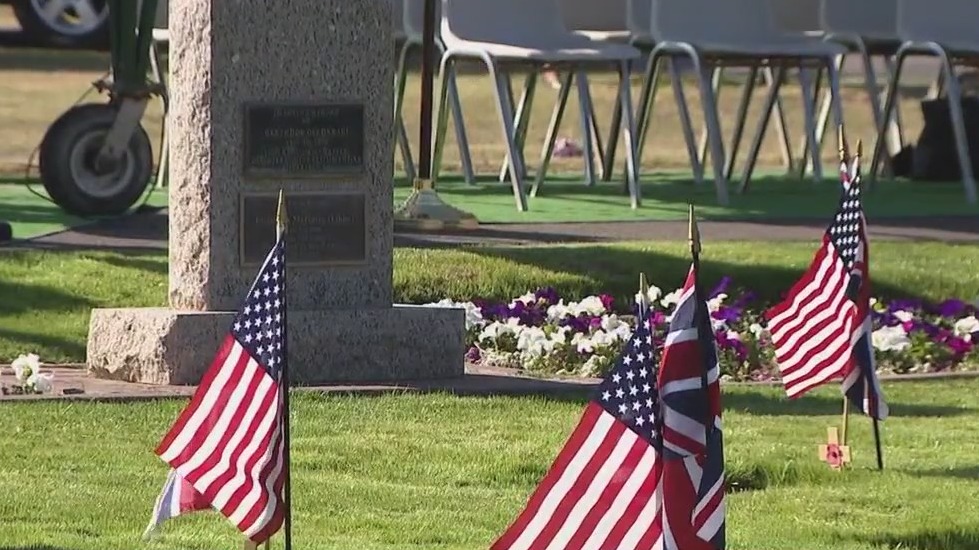 Nearly two dozen members of the Royal Air Force were remembered during a memorial in Mesa on Nov. 13. The men lost their lives while training at Falcon Field during World War II. FOX 10's Irene Snyder has the story. 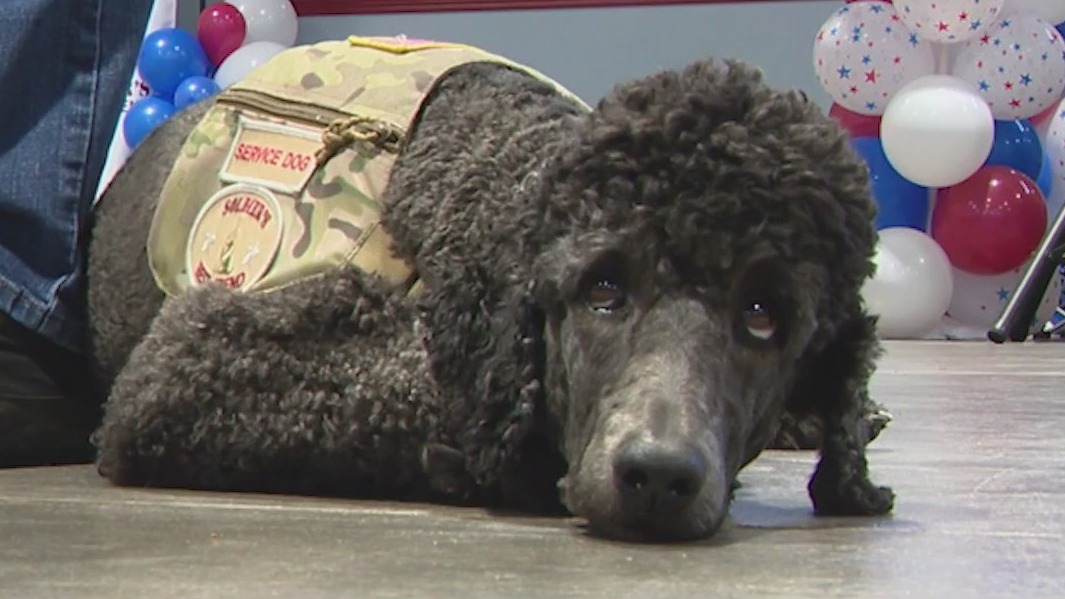 A soldier's best friend is by his side on the good days and the bad. An Arizona organization called Soldier's Best Friend is celebrating its veterans and the service dogs who are trained to help them in daily life. FOX 10's Irene Snyder has more. 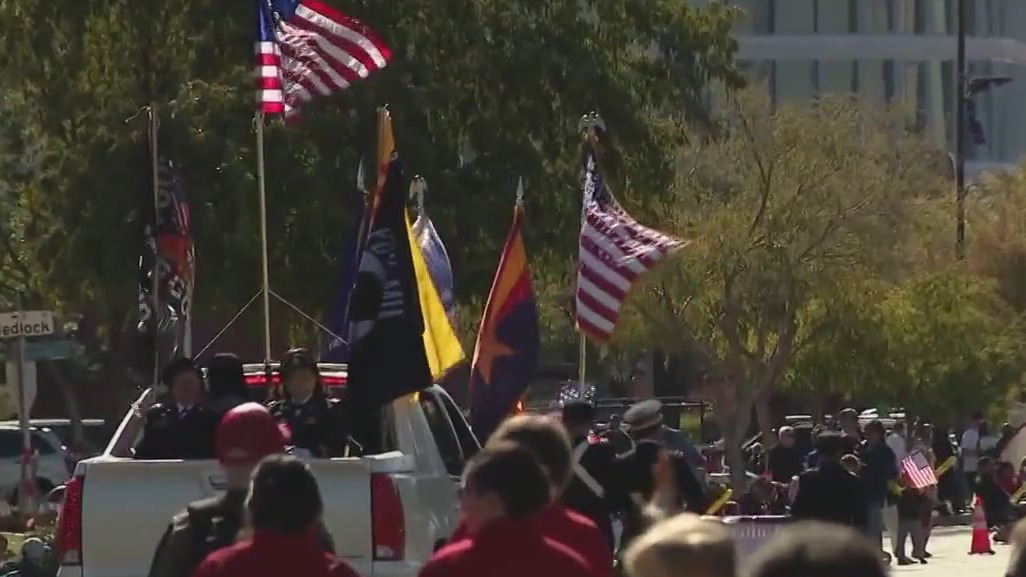 For 26 years, the Phoenix Veteran's Day Parade has been paying tribute to veterans with spectators who line the street for miles. In 2022, one of the floats passing by comes from the Filipino American National Historical Society with the help of the Military Support Foundation which adopts units before they deploy and takes care of not only the soldier but their families as well.

Surprise business, VetLink Solutions, is helping disabled veterans get services and access to their benefits. We have what to know. 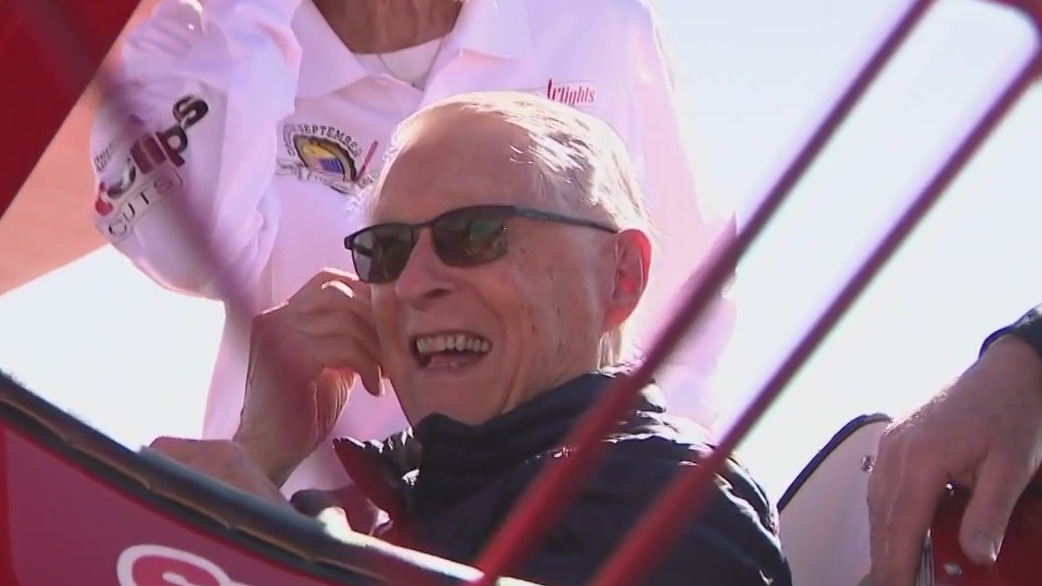 It's quite a feat going up in the air and back in time, all at once. That's what happened on Nov. 6 to an 88-year-old Valley veteran hopping onboard a World War II airplane. FOX 10's Irene Snyder has the story.

U.S.VETS is bringing visibility to veteran homelessness through its ‘Make Camo Your Cause’ campaign. Here’s how you can help.

The grants are for the federal budget year that starts Oct. 1, 2023.

Colorado's oldest reported living veteran finally received his long-overdue honor for his service in World War II after his records were lost in a tragic fire nearly 7 decades ago.

Rally Point Arizona held a "Battle of the Branches" event at Steele Indian School Park on Oct. 2, and the goal was to provide veterans with mental health support and resources.

The Pentagon announced a number of new programs Thursday that are aimed at helping service members who are struggling with housing shortages and steep food and living expenses as they move from base to base.

A new report found that Coast Guard veterans were at the greatest risk for suicide.

A veteran was laid to rest in Arizona on Saturday, Sept. 17 and the service came complete with a military flyover, a fitting farewell to the pilot who served in Korea and Vietnam.

A Valley veteran is getting the chance to walk again after nearly a decade in a wheelchair. Richard Neider is an Army combat veteran and suffered a spinal cord injury while serving in Operation Iraqi Freedom. For the last decade he was bound to a wheelchair, but now he's able to walk again thanks to a ReWalk robotics exoskeleton.

Dozens of Arizonans said goodbye to 20 veterans who they've never met. The ceremony in north Phoenix in their honor was to make sure they were buried with full honors, despite having no family and no resources.

A special public ceremony is taking place in Phoenix on Aug. 31. 20 unclaimed veterans, and two spouses, will be laid to rest and honored for their service to this country. They were identified with the help of "The Missing in America Veteran Recovery Program." The group locates, identifies and helps provide a final resting place for these veterans, who may have no family left.

A Phoenix-area dispensary is high on helping others by raising money and awareness for a special cause. FOX 10's Anita roman has more on GreenPharms helping pair veterans with service dogs.

The Senate has given final approval to a bill enhancing health care and disability benefits for millions of veterans exposed to toxic burn pits while serving in Iraq and Afghanistan.

The National Veterans Wheelchair Games are in town this weekend and the event is the largest of its kind. FOX 10's Danielle Miller has this story.