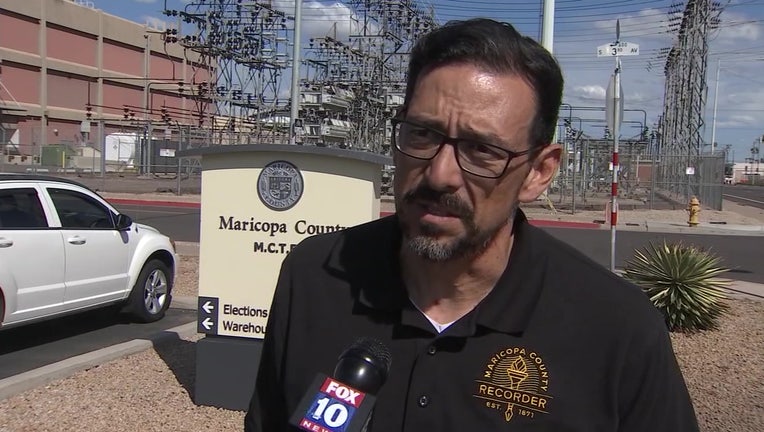 Adrian Fontes, in 2020. At the time, Fontes was the Maricopa County Recorder.

PHOENIX - A man who used to run elections in Maricopa County is projected to be the Democratic Party nominee for Secretary of State in November's elections.

On Aug. 4, the Associated Press projected former Maricopa County Recorder Adrian Fontes to win the Democratic Party primary for the Secretary of State position. Additional returns released Thursday night show Fontes is so far ahead of House Minority Leader Reginald Bolding that remaining ballots give Bolding no chance to catch up.

Fontes is a former Marine and attorney who ran ads saying he would protect voting rights for all Arizonans.

Fontes oversaw parts of Maricopa County elections in 2020 but not the actual vote counting or polling sites. He lost his seat to current Republican Recorder Stephen Richer in the same election that Trump lost. Other than wins by Biden and Democratic Sen. Mark Kelly, Republicans did well in the county that year. 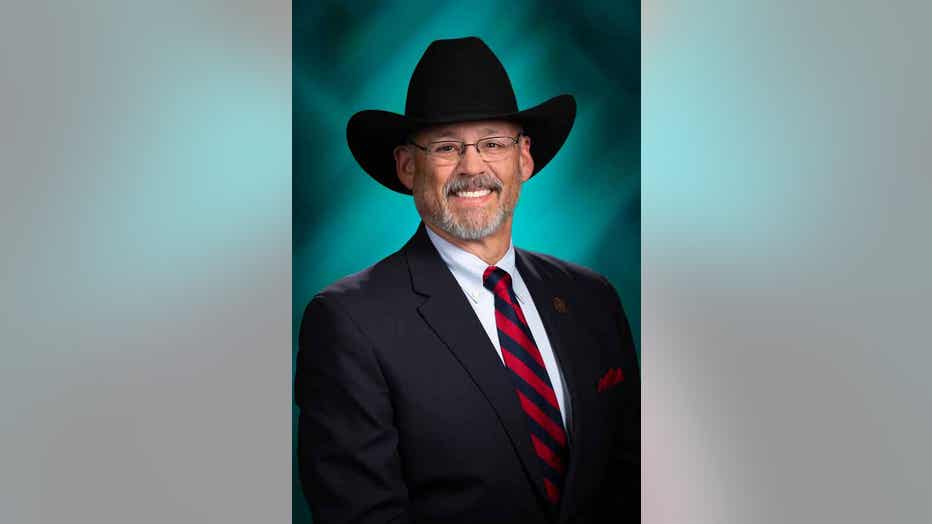 Fontes is set to face Republican nominee Mark Finchem in November. The Associated Press made a projection on Aug. 3 for Finchem to win the GOP Secretary of State nomination.

Finchem, who attended Trump’s Jan. 6, 2021 rally that preceded the deadly riot at the U.S. Capitol, has said he only intends to ensure that election laws are followed to address concerns by many Republicans about how elections are run. Still, he tried to get the Legislature to overturn the 2020 election results, and has spoken about making major changes to election rules that are written by the secretary.

The candidates for Secretary of State are running for an open seat, as the incumbent Secretary of State, Katie Hobbs, is the Democratic Party candidate in the gubernatorial election. She will be running against GOP's Kari Lake to succeed Doug Ducey, who cannot run again due to term limits.