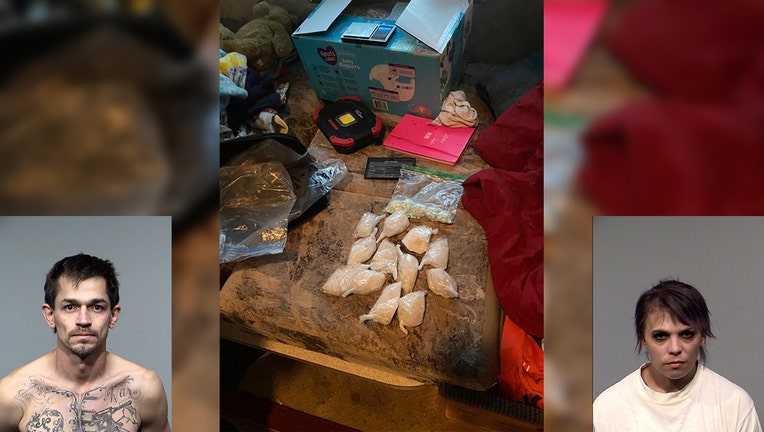 DEWEY-HUMBOLDT, Ariz. - Officials with the Yavapai County Sheriff's Office say they made a shocking discovery during a drug-related home raid.

According to a statement released by YCSO on June 3, the incident began as a traffic stop in Dewey on June 1.

During the traffic stop, officers noticed that a woman, identified as 31-year-old Amber Dawn Lee, was acting in what officials describe as an "excessively nervous manner."

"This prompted the officer to deploy a K9 around her vehicle, which resulted in the finding of approximately 200 fentanyl pills in a backpack and more in her shoe," read a portion of the statement.

Later on that day, officials say a search warrant was served on Lee's home, and inside the house, officers found an 18-month-old baby asleep in a room that contained about a pound of meth, along with over 500 additional fentanyl pills.

"Immediately and gently, the baby was carried to a safe place outside the residence," read a portion of the statement. "After an altercation with officers, another resident in the home, 37-year-old Robert Dunmire of Dewey, was taken into custody."

The baby, according to investigators, is in DCS custody. As for Dunmire and Lee, they are accused of narcotics possession for sale and child abuse. Both have been booked into the Yavapai County Jail.