Investigation underway after two bodies were found near Goodyear

The bodies, according to officials with the Maricopa County Sheriff's Office, were found inside a car in the area of MC 85 and Cotton Lane.

GOODYEAR, Ariz. - The Maricopa County Sheriff's Office is investigating after two bodies were found in an SUV near Goodyear.

Deputies say they responded to reports of a "suspicious vehicle" on MC 85 near Cotton Lane on Friday afternoon.

Once at the scene, deputies found a white Ford Expedition with what appeared to be bullet holes in it, parked on the shoulder.

Two people were found dead inside. They were identified as 54-year-old Jorge Guadalupe Rodriguez-Leyva and 48-year-old Violeta Amado-Correa.

MCSO said there are no outstanding suspects in this case. 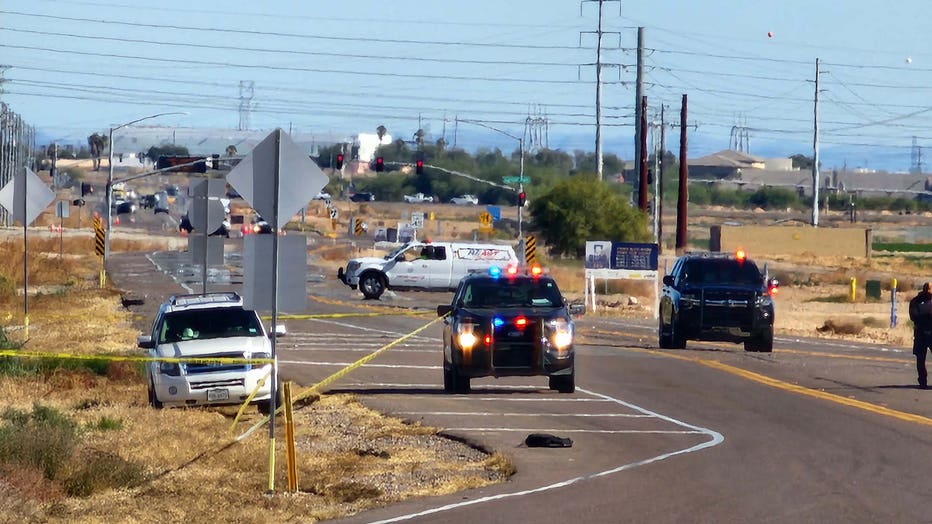 The scene of a death investigation in the west Valley.