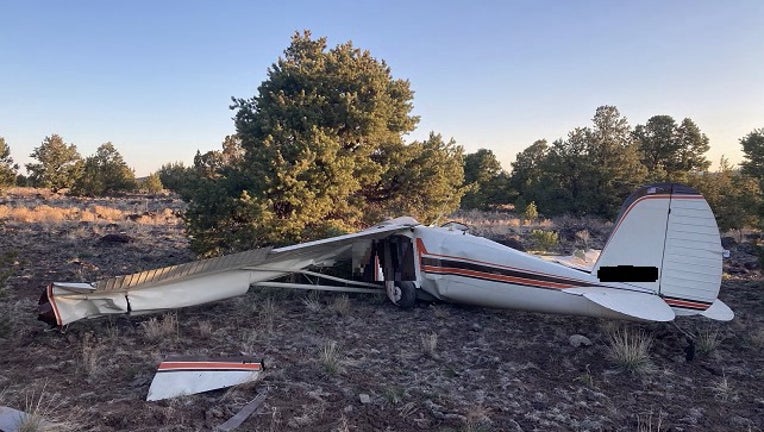 WILLIAMS, Ariz. - The Coconino County Sheriff's Office says a plane crashed near the Williams airport, killing two people on board.

According to the sheriff's office, deputies received reports of an overdue aircraft from Vista, California after a family member of one of the plane's passengers reported that person had not shown up for work on April 18.

The plane departed from the Sedona airport and was scheduled to land at the Grand Canyon airport.

Search efforts were then directed to an area northeast of the Williams airport and the crashed plane was found in a wooded area on Monday at 1:40 a.m.

The two passengers were identified as 38-year-old Roseann Kamalu and 37-year-old Timothy Michael Gill, both of Vista, California.

The incident is under investigation by the NTSB, FAA, sheriff's office, and medical examiner's office.