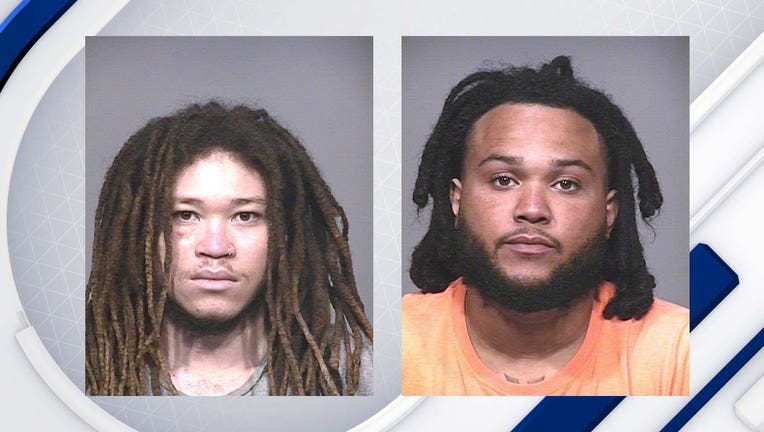 SCOTTSDALE, Ariz. - Police have arrested two more people in their investigation surrounding the looting that took place in downtown Scottsdale at the Fashion Square Mall on May 30.

Jordan Burns, 21, is accused of trafficking stolen property, theft, and trespassing. Raymus Joseph Bryant, 27, is accused of burglary. Both men are Valley residents.

According to the Scottsdale Police Department, Bryant was identified as a suspect through DNA (blood) evidence left at the scene and surveillance video from a store.

"The investigation is ongoing. We are continuing to actively follow up on evidence, tips and information in a commitment to bring those responsible for criminal acts to justice," stated Sgt. Ben Hoster.

55 people have now been arrested in connection to the civil unrest in Scottsdale on May 30 and 31 following the death of George Floyd in Minneapolis.

Scottsdale police say the suspects are between the ages of 19 and 33. They're accused of burglary, trespassing, and trafficking of stolen property. The total number of arrests stemming from that night is now at 53.

Scottsdale Police officials say charges against YouTuber Jake Paul that are connected to a riot incident at Scottsdale Fashion Square in May are being dismissed.

Three more arrests made in connection to May 30th Scottsdale looting, 47 arrests total

A total of 47 people have now been arrested for their involvement in rioting and looting at Scottsdale Fashion Square on May 30.