CASA GRANDE, Ariz. - Officials with the Casa Grande Police Department say they are investigating a shooting that left two females dead, and nearly a week later, an arrest was made.

According to a statement released on the department's Facebook page on April 25, officers responded at around 8:39 p.m. on April 24 to multiple reports of shots fired at an apartment complex near Florence Boulevard and Pottenbaum Road. At the scene, officers found two victims with multiple gunshot wounds.

Police say the victim found inside the car, identified as 18-year-old Leslie Cota, was declared dead at the scene. The other victim 17-year-old Danielle Murrieta, was taken to a Phoenix area hospital, and died shortly before midnight.

"Currently, it is unclear as to the motivation or cause of this shooting. It is also unclear if these two females were the intended targets," read a portion of the statement. 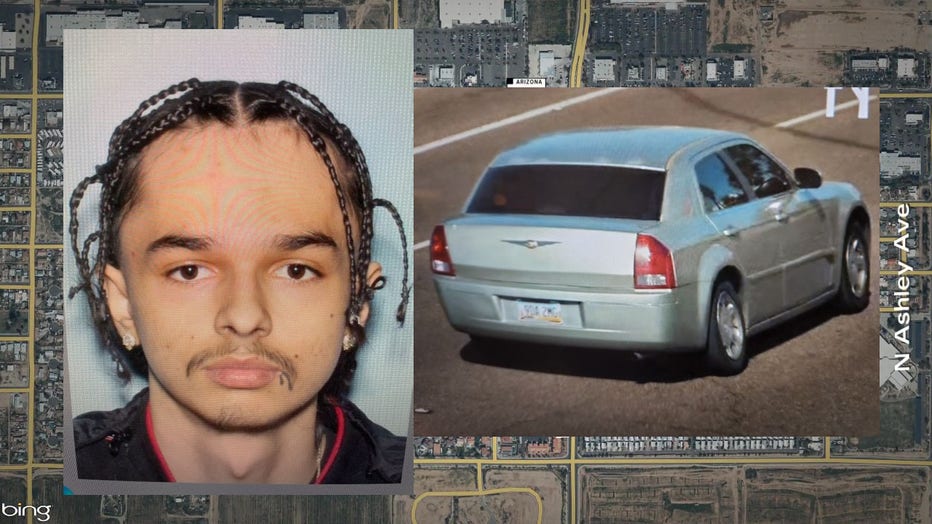 Law enforcement announced the arrest of 18-year-old Terrance Xavier Santistevan after a six-day search, but his car is still missing.

"Additionally, it was recently discovered that Santistevan fled to Texas. Casa Grande Detectives collaborated with the United States Marshal Service and the Pflugerville Police Department to locate Santistevan in Pflugerville, Texas. They took him into custody on Saturday, April 30, 2022, without incident. Santistevan is currently being held in the Travis County Sheriff's Office Detention Center, pending extradition to Arizona," says the Casa Grande Police Department.

It was believed that a silver Chrysler 300 was involved with dark tinted windows, including the windshield. The car also reportedly has stock chrome rims, a stainless steel muffler, and minor damage to the front left area of the car, described as "black scrapes."

The car has a license plate reading 9DA2MG.

Anyone with information should leave an anonymous tip by calling Silent Witness at (520) 836-2100.

**UPDATED INFO**
The description of the possible suspect vehicle has changed to Silver Chrysler 300 with dark tinted windows to include windshield,

The shooting, according to police, happened on the night of April 24, near Florence Boulevard and Pottenbaum Road.