PHOENIX - Police have arrested a suspect in connection to a shooting at a bar in Phoenix that left three security guards injured, the department said.

According to police, the shooting happened at about 10:30 p.m. on Dec. 26 at the Purple Turtle Sports Bar & Night Club, located near 51st Avenue and Indian School Road.

"Officers learned there was an altercation between a group of individuals and security guards, resulting in a shooting," said Sgt. Ann Justus.

Two of the security guards suffered life-threatening injuries in the shooting, and a third was not seriously hurt.

The suspect left the scene before police arrived.

On Thursday, police said 41-year-old Herman Samarripas was arrested in connection to the shooting. He was booked into jail and is accused of multiple counts of aggravated assault. 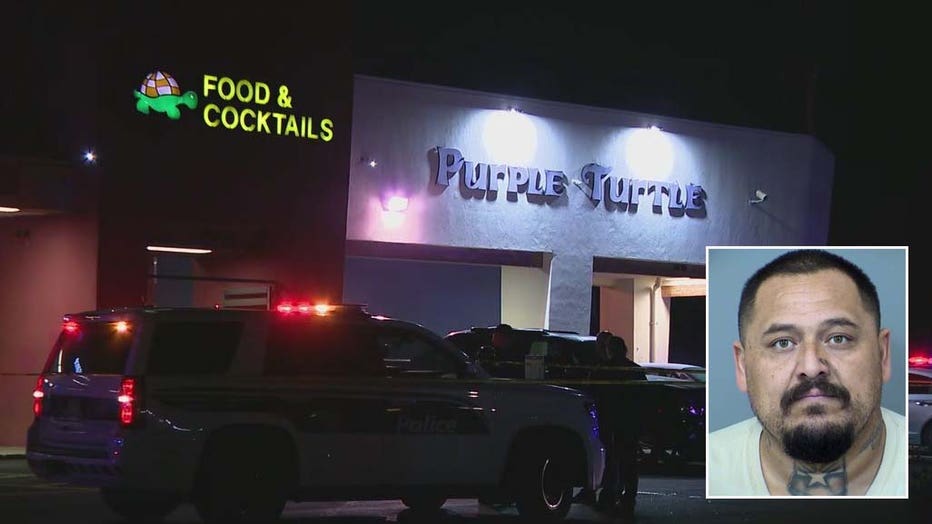 Police said Herman Samarripas, 41, was arrested in connection to a shooting at the Purple Turtle in Phoenix that left three security guards injured.

Police are investigating a shooting at the Purple Turtle, located near 51st Avenue and Indian School Road in Phoenix. Three people were injured in the shooting, with two of them being hospitalized. Police have not released any details on what led to the shooting.