Two children were&nbsp;injured after being hit by a car in the parking lot of a Glendale Walmart. Hours later, police say one of the kids died&nbsp;from her injuries.

GLENDALE, Ariz. - Two children were injured after being hit by a car in the parking lot of a Glendale Walmart. Hours later, police say one of the kids died from her injuries.

When police and firefighters arrived at the scene near 56th and Northern Avenues, they found three women and a 3-year-old boy and a 4-year-old girl, Glendale officials said on March 3.

The boy was taken to the hospital with injuries and is expected to be OK. However, police say the little girl died from her injuries at the hospital after she was pinned under the car. 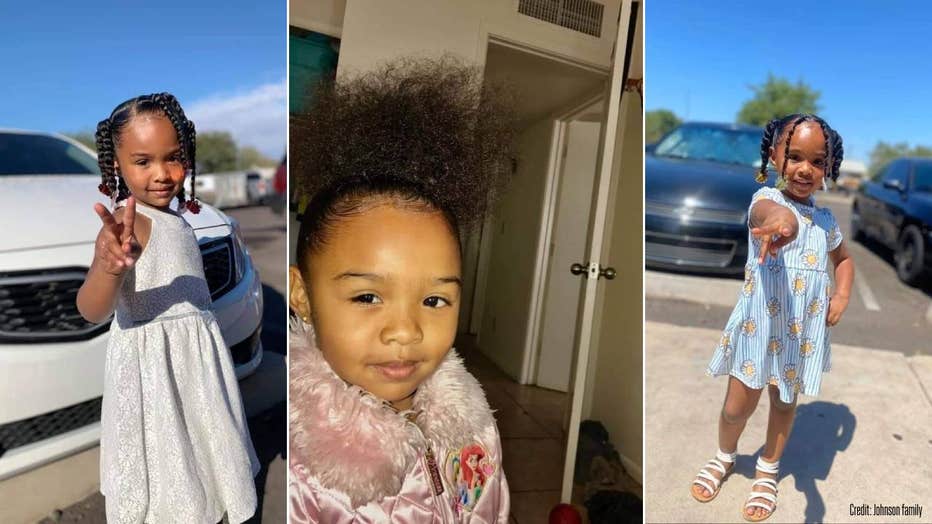 "She was so smart, she always liked to dance, she was always happy," said Nariah's grandmother, Latonya McFowler. "Her and her brother were so close and I seen her this morning. She was so happy because we were going out to eat. She was like, 'grandma, let's go,' and then she said, 'I want you to hold my hand, grandma.' I said, 'OK, let's go, let's go in the store,' and we never made it to the store."

The driver of the vehicle stayed at the scene after the crash.

"Impairment is not believed to be a factor but will be investigated as a standard procedure," said Jose Santiago, public safety media relations and communications manager. "Charges may be pending."

The Glendale Police Department offered more details about what led up to the crash.

"According to detectives, a 68-year-old female was driving a black Nissan Frontier. The driver backed out of a parking space, came to a stop and then went forward back into the parking space. When doing so, she struck a parked car and hopped onto the sidewalk, striking the family," the department said.

Priscilla Rubio, a Walmart shopper said, "It’s unbelievable to actually wrap my head around that happening in this parking lot."

She adds, "You’re just going about your day, a regular day. You don’t ever think of something like this happening. Oh my gosh, that is so scary, I feel so bad for the family right now."

The driver has not been identified by police.

When police and firefighters arrived at the scene near 56th and Northern Avenues, they found three women and two children, ages 3 and 4, who had been injured, Glendale officials said on March 3. The 4-year-old girl died hours later at the hospital.