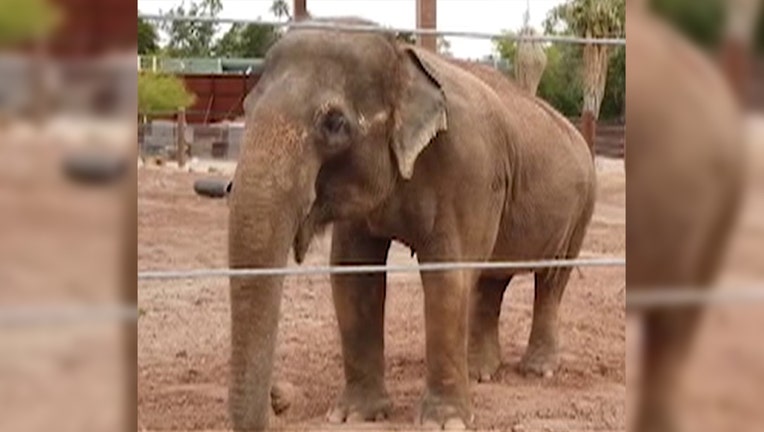 Sheena, an Asian elephant at the Phoenix Zoo that passed away on Nov. 22, 2021. (Courtesy: Phoenix Zoo)

PHOENIX - Officials with the Phoenix Zoo are mourning the death of an elephant who has been at the zoo for 21 years.

According to a statement, Sheena, a 50-year-old Asian elephant, was found laying down in her barn and unable to rise by her keepers on the morning of Nov. 22. She died shortly thereafter from natural causes.

"Sheena has recently been stable but has been carefully managed for many years for chronic osteoarthritis and gastrointestinal issues," read a portion of the statement.

Sheena, according to zoo officials, came to Phoenix Zoo in 2000 from the Ringling Brothers Center for Elephant Conservation. The average lifespan of an Asian elephant is 45 years old.