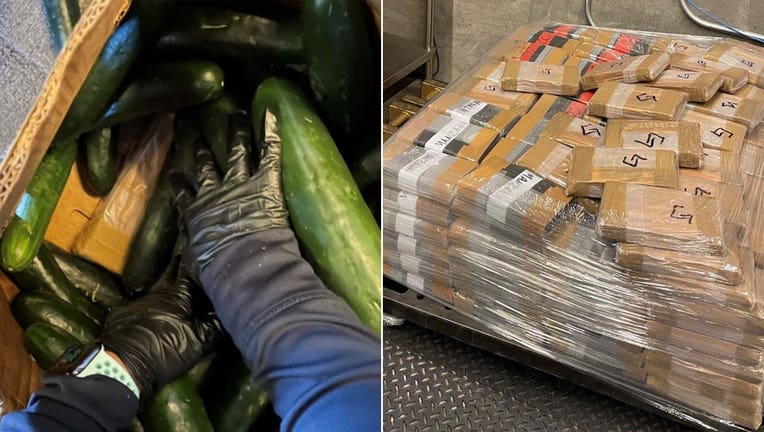 PHOENIX - Authorities say 600 pounds of cocaine hidden inside a load of cucumbers was seized during a smuggling attempt at the Arizona border.

"In a joint effort, HSI, DEA, and CBP prevent over 600 lbs of cocaine commingled in a cucumber shipment from entering the US during a smuggling attempt," Homeland Security Investigations Arizona tweeted on Feb. 16.

No other details were released.