PHOENIX - Undercover detectives with Phoenix Police arrested a suspected child predator after he allegedly said that he wanted to rape and kill a young girl between the ages of 14 to 16.

After being arrested, 69-year-old Hugh Brand told detectives that what he planned was purely fantasy. But investigators believe they have more than enough evidence on him.

Brand is accused of child sex trafficking, attempted sexual conduct with a minor and conspiracy to commit first-degree murder.

Police say he started texting a prostitute at the end of May and met her in a hotel room on June 9. He kept trying to put his hands around her neck and offered $400 for her to find a "young girl for him to rape and kill," according to court documents. 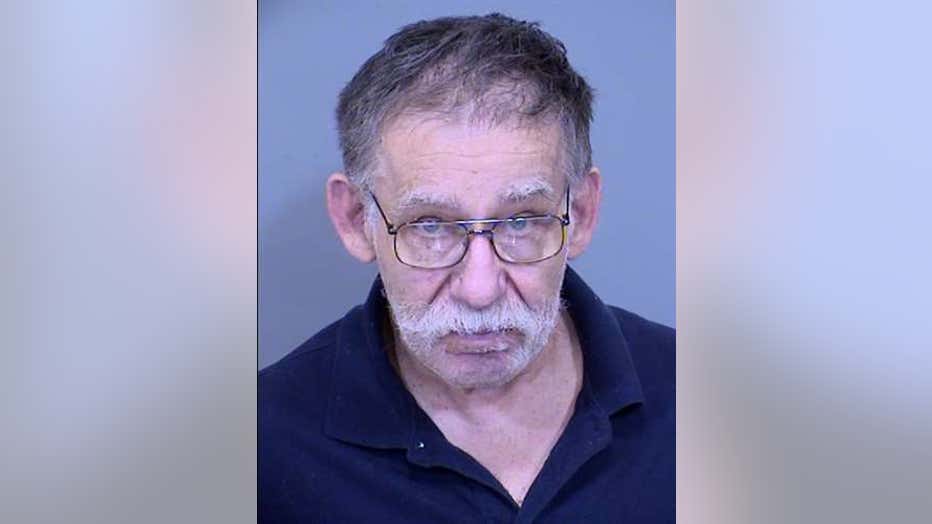 "A girl from the age of 14 to 16," said Sergeant Mercedes Fortune with Phoenix Police. "He really went into detail about what he wanted to do to this potential 14-16 year old girl. He talked about sexually assaulting her, and he went even further by saying he wanted to kill her and then dispose of her in the desert."

The witness reported this information to Phoenix PD, and detectives with the Human Exploitation and Trafficking Unit (HEAT) got involved.

Through a few one-party consent calls, the witness told Brand he could meet a 14-year-old girl she found for him.

Investigators say Brand offered to pay for a gun and planned to bring a ball-gag as well as Percocets. He was also seen on surveillance video stopping at Harbor Freight Tools before arriving at a Super 8 motel near Interstate 17 and Northern Avenue, court documents say.

HEAT detectives took him into custody on June 11. Officers found a rope, zip ties, the money and a handgun with him once he was arrested.

Police say Brand admitted to having conversations about getting a girl, but said he did not think he could have carried out the alleged plan.

His bond is set at $2 million.