Three kids are safe eight days after reportedly being abducted in Yavapai County. Their parents are now under arrest.

APACHE JUNCTION, Ariz. - Two noncustodial parents have been arrested in Apache Junction after allegedly abducting their children from their grandmother, according to the Yavapai County Sheriff's Office.

Officials say Ryan Mullin, 36, and Ashlee Lynne Waldie, 32, forcibly took their kids from their grandmother's house in Paulden, Arizona, as she has temporary custody.

Mullin had called the grandparents on Dec. 7, telling them that he was coming to get his children and that he "would kill them if they tried getting in the way."

"When the suspects arrived, the grandmother fearing for her own safety as well as the safety of the children, could only watch as the parents took the children and drove away," Yavapai County officials said. 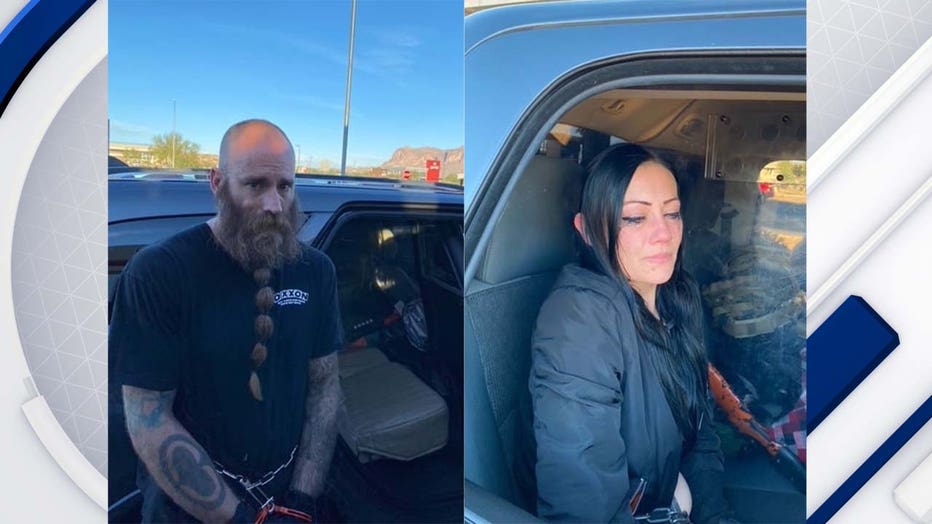 Deputies came to investigate after a worker with the Dept. of Child Services reported that they had been taken.

The parents had lost custody of the kids because of drug use and a history of neglect, officials said.

The U.S. Marshals Task Force, with help from Yavapai County, were able to locate the suspects and children in Apache Junction after an eight-day search.

Both parents are facing multiple charges, including abduction of a child from state custody.