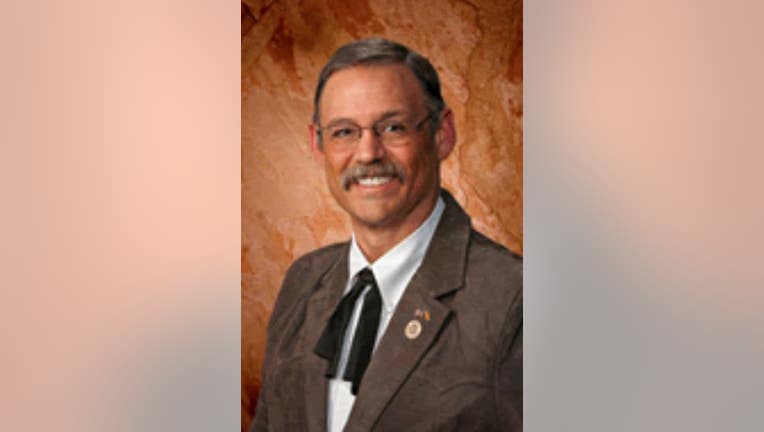 PHOENIX (AP) - The head of the Arizona House Ethics Committee on Feb. 12. rejected 82 complaints against a Republican lawmaker who attended the Jan. 6 rally in Washington that turned into a siege on the U.S. Capitol.

The complaints fail to establish that Rep. Mark Finchem of Tucson supported the violent overthrow of the U.S. government or directly participated in the attack on the Capitol, Republican Rep. Becky Nutt, the head of the ethics panel, wrote to committee members.

"Absent such facts, the complaints amount to an objection to Representative Finchem’s advocacy of controversial political opinions," Nutt wrote. "But the ethics committee is not — and cannot become — a forum for resolving political disagreements, no matter how important the issues at stake."

Finchem has said he was near the Capitol on Jan. 6 but did not go inside and didn’t learn the building was breached until hours later.

A mob egged on by then-President Donald Trump temporarily delayed the certification of Joe Biden’s victory, prompting the impeachment of Trump by the House.

Finchem declined to comment, citing advice from his attorney.

Democrats were furious with the decision to dismiss the complaints without an investigation.

"The oath we all take to defend our Constitution against enemies foreign and domestic should mean something, but that oath loses all meaning when our leaders look the other way at legitimate allegations of sedition and insurrection," Democratic Rep. Cesar Chavez of Phoenix, said in a statement.

Most House Democrats have signed onto a resolution to expel Finchem from the House, and some have demanded that the U.S. Department of Justice and the FBI investigate.

Finchem has been one of Trump’s most vocal allies in Arizona and was a leader of efforts to overturn the state’s presidential election results, pointing to disproven allegations of fraud or irregularities. Biden was the first Democrat since 1996 to win Arizona’s electoral votes.

According to court documents, Cory and Felicia Konold were part of a group that stormed the Capitol building on Jan. 6 and tried to stop police from controlling the crowd.