If passed, bars and restaurants will be allowed to sell cocktails to go, helping them earn much-needed money as they are still restricted to occupancy limits during the COVID-19 pandemic.

PHOENIX - Arizona restaurants are trying to convince state lawmakers to let them sell cocktails to-go, looking to make permanent a temporary right they gained during the pandemic as they chart an uncertain future.

Restaurant owners supporting the measure say it would help them get back on their feet after the pandemic devastated the industry. But others in the industry, namely bar owners and liquor stores, say it would devalue their businesses.

Gov. Doug Ducey temporarily allowed restaurants to sell alcohol to-go at the onset of the pandemic, when he ordered them to close their dining rooms.

"It was great. It’s what helped us get through some of these hard times," Matt Fulton, owner of Pigstail and the Whining Pig, told lawmakers on Feb. 9.

But a judge ended the practice in November, siding with a group of bar owners who sued to block it.

The proposal, HB2773, has divided the industry, with restaurant owners largely lining up in support and many bar owners in opposition. The grocery industry trade group, the Arizona Food Marketing Alliance, also is opposed. 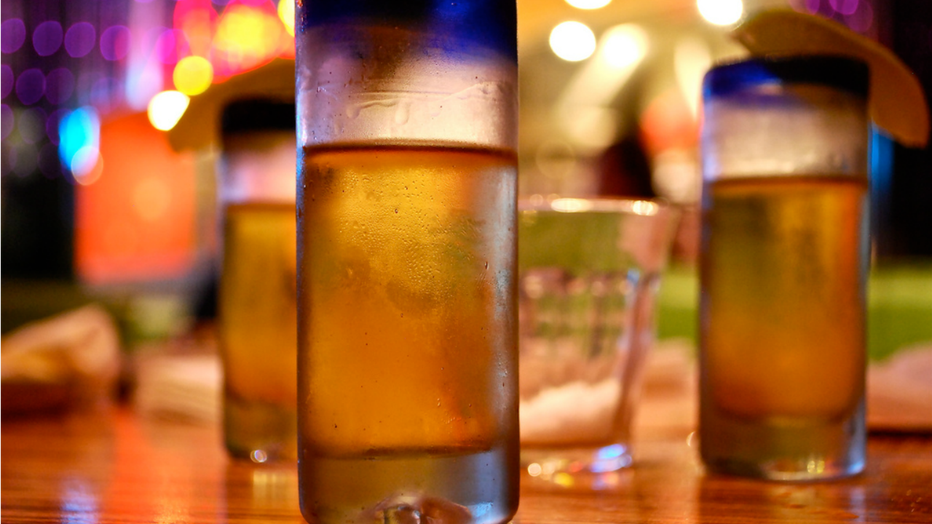 The pandemic is likely to accelerate a trend toward more take-home dining, which began before the coronavirus upended routines, said Dan Bogert, chief operating officer of the Arizona Restaurant Association, which supports the bill.

"When you go to make a cocktail, it gets into a craft, the artistry of the product," Bogert said. "What we’re trying to do with this bill is open the door for consumers to access that artisanal product in the comfort of their own home."

Critics say the measure would devalue the liquor licenses they’ve spent a fortune to obtain. The number of bar and liquor store licenses is limited based on population, which makes them expensive to obtain and often one of a business’ most valuable assets.

Allowing restaurants with their low-cost licenses to sell drinks to be consumed offsite infringes on the territory of expensive bar and liquor store licenses, critics argue.

"I’m here today fighting to save the value of my business," said David Delos, the owner of six bars and president of the Arizona Licensed Beverage Association, a trade group that’s opposed. "By voting yes on this bill you will hurt far more businesses than you will help."

Alcohol sales are regulated under a labyrinth of laws and regulations that date to the end of Prohibition. A restaurant license is relatively affordable to obtain, but at least 40% of the establishment’s sales must be food and the booze generally can’t leave the premises. Bar licenses are much more expensive — about $100,000 — but don’t require food sales and allow the owner to sell beer, wine or liquor in its original container for consumption elsewhere.

Liquor store licenses, which are used by grocery stores, are still more expensive, about $250,000 a pop, according to industry lobbyists.

Rep. Jeff Weninger, a Chandler Republican and a restaurant owner who introduced the bill, said his measure would give bars and restaurants alike a new right that neither has today.

The measure also would create new regulations for the delivery of alcohol, shifting responsibility from the business selling the booze to the delivery company.

The measure cleared the House Commerce Committee in a 7-3 vote on Tuesday, setting the stage for a vote in the full House of Representatives.