Arizona officer out of ICU after being shot in Camp Verde; person of interest identified

CAMP VERDE, Ariz. - Authorities say they have confirmed the identity of a body found in a river to be that of a suspect wanted in the shooting of an Arizona police officer last month.

The Yavapai County Sheriff's Office said on Feb. 25 that the body of a Hispanic male was found in the Verde River, near the Tunlii Crossing, by a father and son who were fishing. The body was believed to be that of 39-year-old Valentin Rodriguez, who was wanted in connection with a shooting that seriously injured Sgt. Preston Brogdon.

The sheriff's office said Thursday an autopsy confirmed the identity of the body to be that of Valentin.

The Yavapai County Sheriff's Office has confirmed that the suspect in the shooting of a police officer in northern Arizona is dead.

Brogdon since moved out of ICU

In prior statements, officials with the native nation said its officers responded to reports of shots fired at around 7:45 p.m. near State Route 260 and Cherry Creek Road in Camp Verde. Once at the scene, a suspect got out of a car, ran away on foot, and began shooting.

The injured officer, since identified as Sgt. Preston Brogdon, was taken to HonorHealth Hospital in Deer Valley, and at one point was listed in critical, but stable condition.

"The bullet went through his belt, then punctured his small intestine, then on the way out, it shattered his pelvis and his hip," Bailey Brogdon said.

On Feb. 15, tribal officials say Sgt. Brogdon has undergone multiple surgeries to repair damage to his abdomen and is being transferred to an intensive rehabilitation facility.

"We are happy to share that Sgt. Brogdon has been moved out of the hospital’s ICU. He continues to show incredible strength and determination to heal," said Yavapai-Apache Chief of Police, Nathan Huibregtse, in the statement. "We are so grateful for Sgt. Brogdon’s medical team, as well as every person and agency who has reached out in support and prayer. Preston has a long road to recovery ahead of him, and we will stand behind him every step of the way."

Tribal police officials say Sgt. Brogdon is a five-year veteran of the force. He is the father of four young children.

"Preston is awake and getting stronger every day," said Bailey Brogdon, Sgt. Brogdon’s wife, in the statement  "Thank you so much for the support, we are truly blessed and humbled."

The FBI has released video of Valentin Rodriguez, who was spotted in a Camp Verde convenience store a half mile from where the officer-involved shooting took place.

In the aftermath of the shooting, authorities searched for Rodriguez, who was at first described as a person of interest in the case. Authorities say he may be a Yavapai-Apache member in Camp Verde or connected to the tribe.

Rodriguez "may have further information about the officer involved shooting," according to the FBI.

On Feb. 25, officials with the FBI released videos that showed Rodriguez in a convenience store hours before his reported involvement in the shooting. He entered the store at noon and returned three hours later.

The store, Market Place Conoco in Camp Verde, is half a mile from the shooting scene.

Following the shooting, FBO officials say they have taken over the investigation and released a statement that reads:

"The FBI and Yavapai County Sheriff's Office are conducting a joint investigation into the shooting of a Yavapai Apache Police officer, that occurred Wednesday, February 9, around 7:30pm. The officer, who sustained serious injuries, was airlifted to the hospital. The FBI and our partners continue to search for the suspect who fled on foot. This remains an ongoing investigation. As always, we encourage the public to remain vigilant and to promptly report suspicious activity.

YCSO SWAT, deputies and detectives along with Verde SWAT and other local law enforcement responded to the call for immediate assistance and searched all night for the suspect, who has not yet been located. All neighboring jurisdictions were part of the effort to get the officer evacuated from the scene and flown to Honor Health in Deer Valley. His condition is not being released to the public at this time.

‘Violence against anyone is unacceptable, but when it is against those that are out there solely to serve and protect others, it is particularly egregious and intolerable,’ said YCSO Sheriff David Rhodes. ‘We are committed to working with our criminal justice partners to find the person who shot this fellow officer and bring that person to face justice. I personally want to thank all the law enforcement officers who responded immediately and without hesitation to call for help and thank the public for all the well-wishes and prayers.’"

Yavapai Silent Witness is offering a reward of up to $11,000 for information leading to an arrest in the case. If you have any information, you're asked to call 1-800-932-3232 or submit a tip online at www.yavapaisw.com. 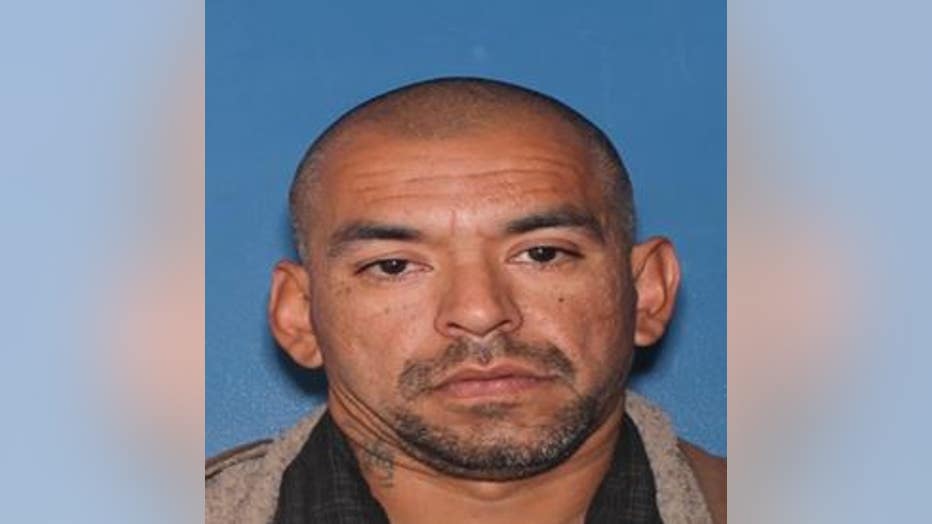 "He is doing amazing."

Sgt. Brogdon is getting ready to start rehab after being shot in the line of duty on Feb. 9. FOX 10 is hearing from his wife, Bailey Brogdon, for the first time.

On Feb. 18, Sgt. Brogdon's wife, Bailey Brogdon, spoke for the first time since the shooting. At the time, Bailey said her husband is getting ready to start rehab.

The officer and his wife have four young kids at home, the oldest is seven years old. She says they are still trying to comprehend what happened, and why their dad isn't home. But Bailey says it is the outpouring of community support that's really helping them through this.

And throughout it all, Bailey says she never lost hope.

"The only time I got concerned was when a firefighter said that he felt very optimistic. Because in my mind, there was nothing to be optimistic about because he was going to be fine."

Bailey couldn't visit with her husband until after his second surgery. His first really coherent day was Feb. 17, she says.

"I got to spend the whole day with him, and he is doing amazing, he is so impressive."

Bailey says it will be a long 6 to 12 months of rehab.

"Knowing that he is this strong and capable man, and seeing frustrating in the coming weeks, I am preparing myself for helping him through that."

She says the community support is really helping them see it through.

"FBI, DEA, everyone just completely surrounded and encompassed me in love and prayer." 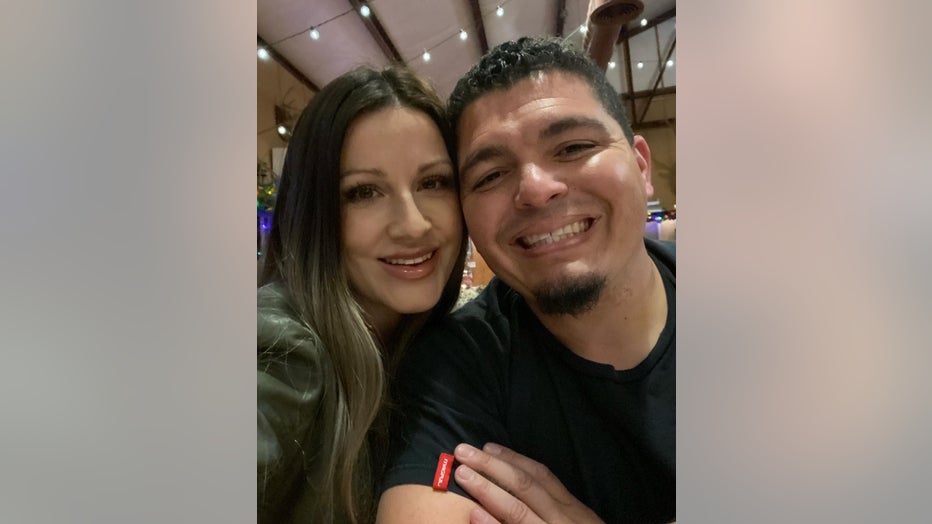 In the days following the shooting, we spoke with a friend of Sgt. Brogdon.

"He'll pull through it, he's gonna pull through it. He's the toughest man I know," said Gregory Thompson, in a phone interview. "My prayers are with him, his family, and I just want him to come home, be OK, and hopefully continue his career with the outstanding job that he's done."

Thompson said he has known Sgt. Brogdon since high school.

"17 years we've known each other," said Thompson. "We played football together for a year, and then after high school, we ended up working together doing remodels and renovations, and then he went and became the Yavapai Apache Police Officer that we all know and appreciate and love."

If you would like to make a donation, you can send a check, money order, or bring cash to the Yavapai County Sheriff's Office. All checks must be made out to YCSO Employee Fund with Benevolence Fund and "in honor of Officer Brogdon" must be written on the memo line. Checks can be mailed to 255 E. Gurley St., Prescott, AZ 86301. 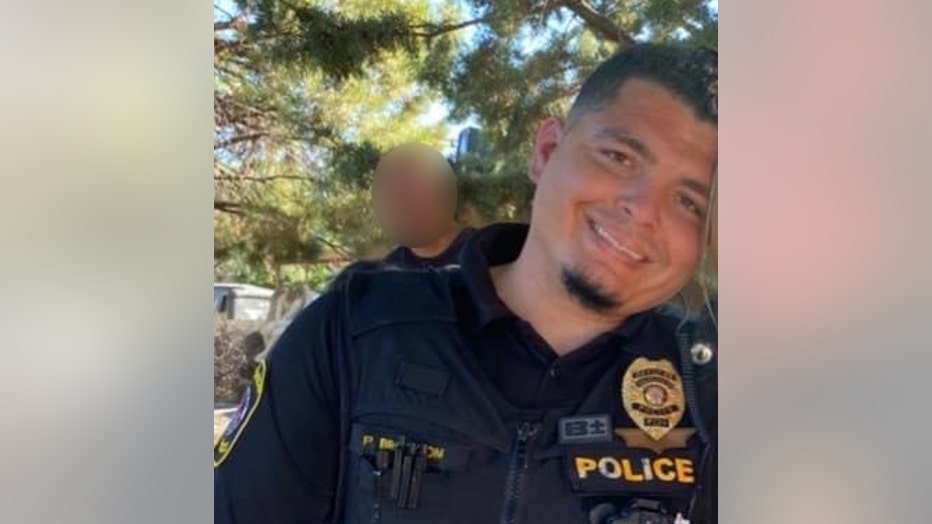 A day after the shooting, as authorities searched for Rodriguez, people living in the area talked about what they have witnessed throughout the day.

"This morning was pretty bad," said Chelsea Lewis. "They were banging on the door. My son is really scared, but it’s OK."

Authorities have been searching through cars and around homes in the area to find him. People living in the Tunlii housing area can't get out of the area without being searched from bumper to bumper, in case the suspect tries to hitch a ride.

"They ask ‘who is all in our vehicle,’ and they open the back door to look inside because the windows are tinted," said Marlena Dawahoya-Sine. "It’s crazy because we just live right there. For something to happen like this is -- I don’t know, it’s scary."

Arizona officer in critical condition after being shot in Camp Verde; suspect sought

As authorities continue to search for Valentin Rodriguez in connection with a shooting that sent Officer Preston Brogdon with the Yavapai-Apache Police Department to the hospital, a friend of the police officer is speaking out. FOX 10's Irene Snyder reports.