SAN SIMON, Ariz. - A stolen French bulldog has been returned to a family in California after Arizona troopers caught the suspect involved in the theft, officials said.

Police say Bruno the bulldog was snatched off the sidewalk nearly two weeks ago in San Lorenzo, California.

Officers had a license plate number from surveillance footage, and on Sept. 7, Arizona troopers pulled over a car with that same plate number on Interstate 10 in San Simon,

The stolen dog was found in the car, and the driver, 22-year-old Saveya Marburg, was arrested.

The Texas resident had an active California warrant for felony dog theft.

Meanwhile, Bruno the bulldog was taken to Tucson before eventually reaching Alameda sheriff's detectives. On Sept. 9, Bruno was finally back at his fur-ever home. 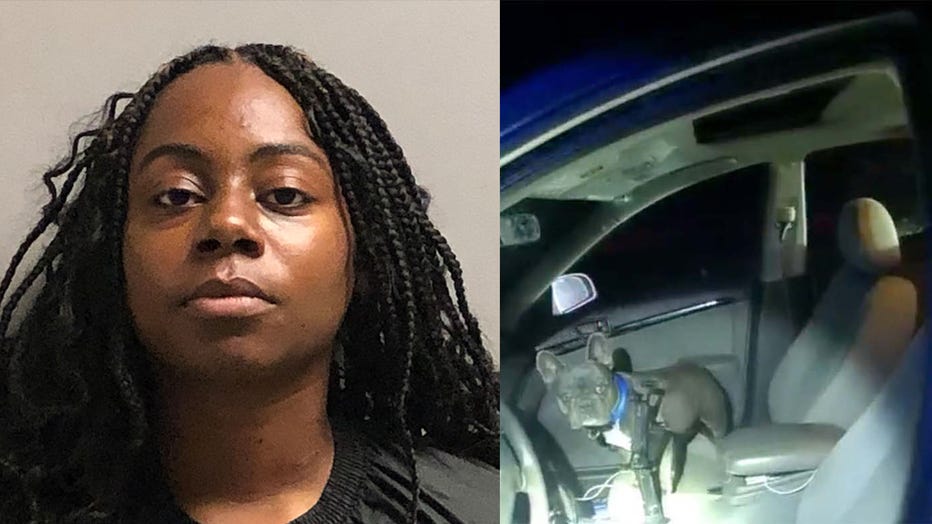