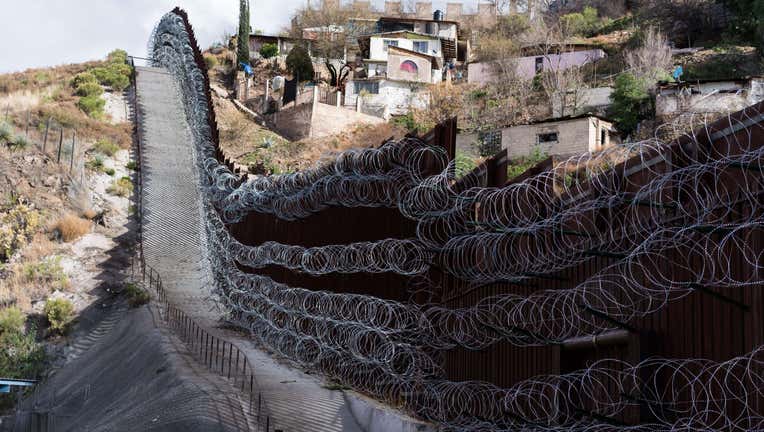 COCHISE COUNTY, Ariz. - The U.S.-Mexico border region in Arizona is becoming less secure since President Biden took office, a sheriff is alleging, according to a report.

"We just built roads for the cartels," Cochise County Sheriff Mark Dannels said, according to the Washington Times.

Dannels explained that by halting work on the border wall championed by former President Donald Trump, the Biden administration has left intact the high-speed roads that were built to help Border Patrol agents manage the region – but is failing to follow through with the barrier that was planned to keep illegal immigrants and smugglers of humans and drugs out of the U.S.

The result: Smugglers are able to use the new roads to operate more deeply inside the U.S., Dannels told the Times.

MORE: Border Patrol: SUV with 25 people inside during deadly crash came through hole in border fence

Lawmakers from both parties have sensed potential problems with the number of unaccompanied minors expected to explode at the border this year.

"The numbers have been increasing," U.S. Rep. Henry Cuellar, D-Texas, told Fox News’ "America’s Newsroom" on Tuesday. "The number of unaccompanied kids, the number of families that are coming in are just increasing every day. In my district, just a couple of days ago, 166 people [crossed the border. … So it’s not a crisis yet, but it’s going to get there very soon."

"All the good we did in the last four years to stop illegal immigration is gonna be damaged within months," McCaul told host John Roberts.

Get updates to this story at FOXNews.com