According to a message on the district's website, the district will be closed on August 16 following "another threat against our schools' children late Sunday."

"We are working closely with federal and local law enforcement to thoroughly investigate the latest incident while increasing the presence of police officers and federal agents at each campus," the message reads.

The district says it will provide an update on how the school week will proceed at 6 p.m. 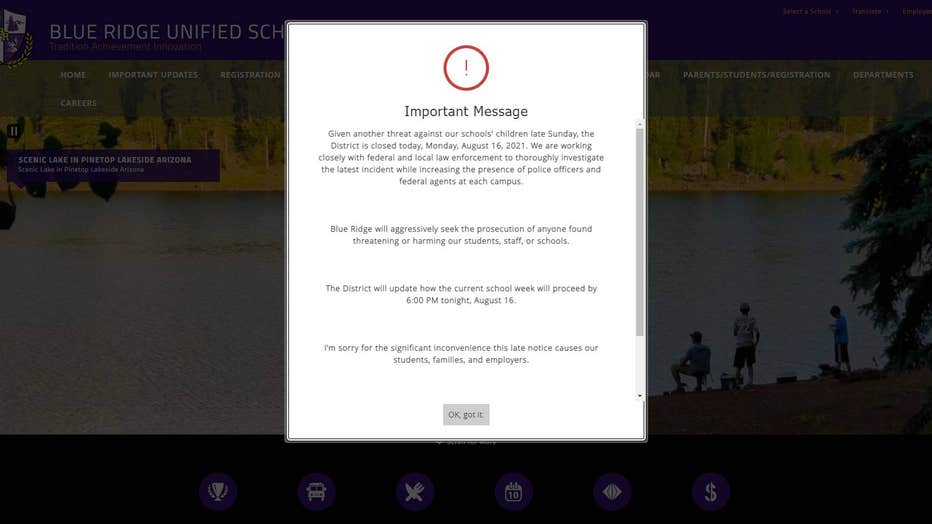 In an email to parents on August 11, the district said the first closure was due to "unspecified threats, and possible vandalism and destruction of the educational process."

The district was originally scheduled to reopen Monday.

The district has not released any information on the threats, however, police are investigating an aggravated assault involving three Blue Ridge students.

Police say the victim was seriously injured and had to be flown to a hospital in Phoenix.

The district is located in the east-central part of Arizona in Navajo County.

The rural Blue Ridge Unified School District has closed all campuses immediately through Aug. 16 due to unspecified threats, the district announced on Wednesday.