BUCKEYE, Ariz. - An officer with the Buckeye Police Department shot and killed a man attempting to kill his father on Sunday, Dec. 26, the department said.

An officer responded to an area near Park Meadows Drive and Verrado Way around 3 p.m. after several 911 calls came in reporting gunshots.

When he arrived, he saw two men fighting on a sidewalk.

"The father was on the ground bleeding, and the son was kneeling over him with a knife in his hand," police said in a news release. "The officer gave verbal commands to drop the knife. The son did not comply, and the officer shot him."

The suspect, identified as 31-year-old Vincent Black, died at the scene, and the victim is at the hospital being treated for gunshot wounds. He is in stable condition.

Police said a gun and a knife were found on the sidewalk.

The officer who shot Black has been with the department for two years and used his patrol rifle. He is on leave, per department protocol.

The Glendale Police Department is investigating the shooting.

There's no word on what caused the fight between the men.

Father kills son in Mesa a week ago

In Mesa a week ago on Dec. 19, a father allegedly shot and killed his 19-year-old son who was apparently suffering from mental health issues.

Adam Williams was taken to a hospital where he later died. Jeffrey Williams, 61, was booked into jail and is accused of first-degree murder.

Court documents say Williams told officers his son suffered from depression, was bipolar, and they had issues with him not wanting to take his medication. 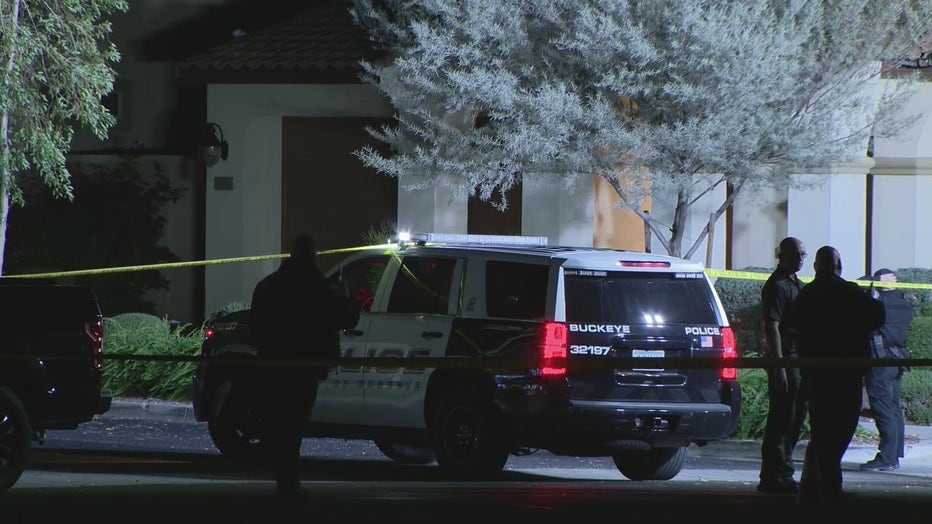