The school, Canyon State Academy, is a private residential school in the town of Queen Creek. FOX 10 Investigative Reporter Justin Lum has more on the impact the school has had on Queen Creek's new police department.

QUEEN CREEK, Ariz. - Canyon State Academy is a private residential school located in the town of Queen Creek – it’s also where a 16-year-old boy reportedly suffered a drug overdose and died in October of this year.

FOX 10's Justin Lum is taking a deeper look into how the town's police department is impacted in its first year, revealing other possible issues at Canyon State University (CSA).

What is Canyon State Academy?

The purpose of CSA is to help at-risk children and delinquent youth. Essentially, it’s a large group home and a school, all in one.

Many of the kids living there are in foster care.

So far this year, we’ve learned the Queen Creek Police Department has responded to CSA at a rate of nearly once a day. For the first time, school officials are addressing the issues on the record.

Across the more than 180-acre property of CSA, there are an average of 300 juveniles.

The site of ROP used to be the location of the Arizona Boys Ranch which lost its license in 1998 after a state investigation determined that workers there contributed to the death of a California teen.

ROP provides housing, transportation and education and its website says it "has been improving the lives of youth" for over 35 years.

Some former students at CSA disagree with that sentiment.

"I remember, like the staff saying, ‘It's our goal to like, make you hate it here, so you never want to come back,'" former student, Christopher Nixon, said. Another former student, Eric Sheehan adds, "I feel like they really need to fine-line the program and figure out a way to make the kids that are there feel like they want to be there to improve their lives."

CSA's calls for service are almost daily. Why?

Weeks ago on Oct. 3, a 16-year-old boy died from what police call a possible drug overdose. CSA initially released a statement, saying preliminary information suggests the teen’s family supplied him with the substance – the case is still being investigated.

In January 2020, two years before the Queen Creek Police Department was formed, Maricopa County Sheriff’s deputies investigated the death of a 17-year-old boy at CSA. The medical examiner ruled his death was caused by a drug overdose. 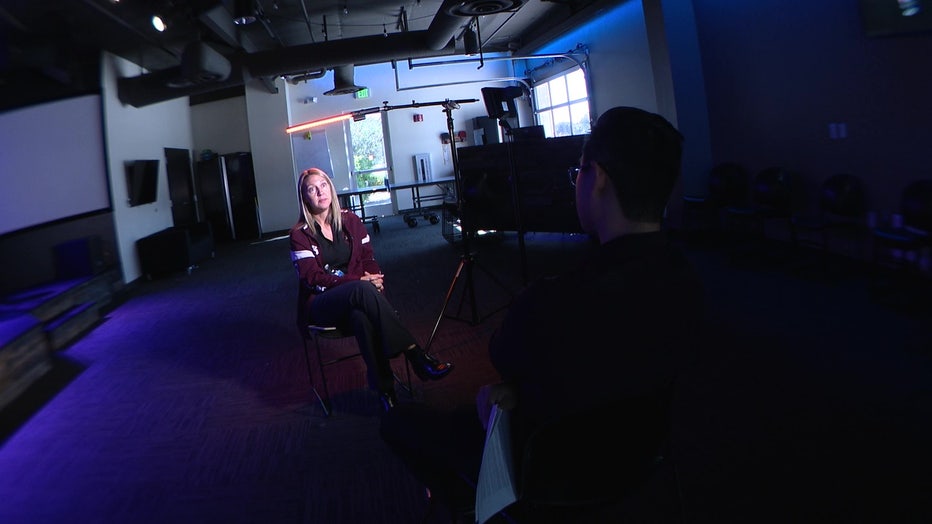 In regard to alleged access to drugs, FOX 10's Justin Lum asked what's being done to avoid incidents, like the 16-year-old's alleged overdose death. Manning answered, "… We’re facing the same issues as our local high schools and even local parents. This is a problem for our community, it’s a problem for our country. How do we get to kids and stop this from happening? … We have staff that is security, we have video protocols, that we have and monitoring that we have monitored visits."

Sheehan, a former student, lived at CSA for more than a year and shared his experience.

"So when you come in from a home pass or anytime where you’re off-site with family, they make you go in the bathroom. One staff sits in the doorway, you take off your shirt and your pants, in just your underwear. You run your hands around your waistband, do jumping jacks, but kids find other ways. They tape it, you know they’ll do anything to get it in there. Once they’re desperate, they’ll do it," he recalled.

From Jan. 12 to Oct. 4, officers responded to CSA 239 times. The leading type of call is a missing person, making up about 22% of the calls.

The rest of the calls are scattered among several categories, including welfare checks, sexual assault and molesting.

It's important to note, we're referring to the categories assigned to calls after police responded and assessed the situation, not solely on what a caller initially reported.

Charges may or may not be filed depending on the outcome of the investigations into these final calls for service.

Nixon, a former student, says, "It's just not a safe environment, and they're just tired of being there. At that point, they want to go home."

He was at CSA for about three years.

His mother Tiffany made several visits before officially adopting him and says she witnessed a boot camp atmosphere where exercise was normal in excessive heat.

"I feel like there was this desire to punish, not just the mind, but the body and the soul, you know," Tiffany Nixon said. "Break them down so that they didn't have that will."

We asked Manning about daily exercise.

"We know as adults that structure is best and most important for them. We know that exercising every day is important …" Manning says, adding that it's an important part of being well-rounded.

Keith Plummer was in another Rite of Passage program purposed for young women, known as Desert Lily Academy.

She’s speaking out in light of the recent death of the teen, suspected to have died from an overdose.

"It's terrifying to imagine that something could happen to any of the people that I care about," Plummer said.

As for the girls program, records show Queen Creek Police have responded to Desert Lily Academy 118 times from Jan. 15 to Oct. 6. Again, missing person calls rank at the top with 27% of the response.

Assaults rank second with 20% of the calls.

Charges may or may not be filed depending on the outcome of the investigations into these final calls for service.

Just like CSA, there are at least a dozen other types of calls that have brought out officers.

A spokesperson with Queen Creek Police released a statement on what’s being done, saying, "In addition to responding to calls for service at Canyon State Academy, the Queen Creek Police Department has been proactive in trying to engage with leadership at the facility. The safety of the community is the top priority for QCPD, which includes residents at Canyon State Academy and the surrounding neighborhoods."

"We do meet monthly, just for logistics, and just to have friendly discussions and those are so positive and enlightening for all of us," she said.

Gail Barney, the late mayor of Queen Creek wrote a letter to the CEO of Rite of Passage in 2018, copying the message to Arizona Governor Doug Ducey, state leaders, as well as Maricopa County Sheriff Paul Penzone, and several elected officials.

Barney cited at least 500 incidents of youths running away from the CSA campus in a span of nearly five years.

He pointed to reports of juveniles breaking into residents’ cars and homes, stealing and running through the neighborhood.

Running away from campus is something Sheehan says he’s done himself.

"I AWOL'd from the facility, Canyon State, about seven times … middle of the night, even once in my boxers. I just ran out the side door, alarm went off, and I just ran until I went into a neighborhood down the street, and then I got caught," he said.

"They want their freedom. We’re kids. I want to go ride my bike around the neighborhood, I want to take my scooter and just go to a park," she said.

‘We will always over-report'

Manning looked over the most recent calls for service by Queen Creek Police.

Her response was, "It’s everybody doing their due diligence. It’s everybody saying we protected the child, so if the child didn’t return from a home pass, ‘OK, what agency do we need to contact next to find out?’ It might be a handoff to another agency, and so we go over all of these calls and make notes and let the police know ‘Oh, this is what happened.'"

At the time of this report, CSA is offering a $1,000 signing bonus to hire more staff. There are about 300 employees with a vacancy of 10%.

Manning says the numbers fluctuate, and the COVID-19 pandemic factored into the shortage.

Her hope is that calls for service decline, but says the numbers are simply "over-reported."

FOX 10 reached out to the Arizona Department of Child Safety about its working relationship with CSA.