Neighbors react after child struck by car in Phoenix

FOX 10's Stephanie Bennett has the latest after a child was killed after being hit by a car near 27th Avenue and Camelback on Thursday morning.

PHOENIX - A 6-year-old boy died after being hit by a car near a Phoenix intersection on the morning of Dec. 8.

According to Phoenix Police, a man was walking his child to school near 27th Avenue and Pierson Street when they were hit by a car.

The child, identified as Julius Rainbolt, was taken to a hospital where he later died.

It's unknown if the boy's father was hurt.

The driver stayed at the scene after the collision. Impairment was not a factor in the crash.

"I can’t imagine how they are feeling now this is really sad," said Jovitna, a resident.

Neighbors in the area are left shaken, but say this isn't the first incident to happen.

"Many, many years ago this neighborhood was nice, but now it’s really dangerous all the time," Jovitna said.

The neighborhood is home to several schools, and the mornings and afternoons can get busy with students and their families.

Jovitna says she wants to see more pedestrian crosswalks put in, but most importantly, drivers need to slow down and pay attention.

"Sometimes they are racing over here, and this is not for racing," she said. "This is a street."

Meanwhile, a woman was killed after being hit by a car in west Phoenix. 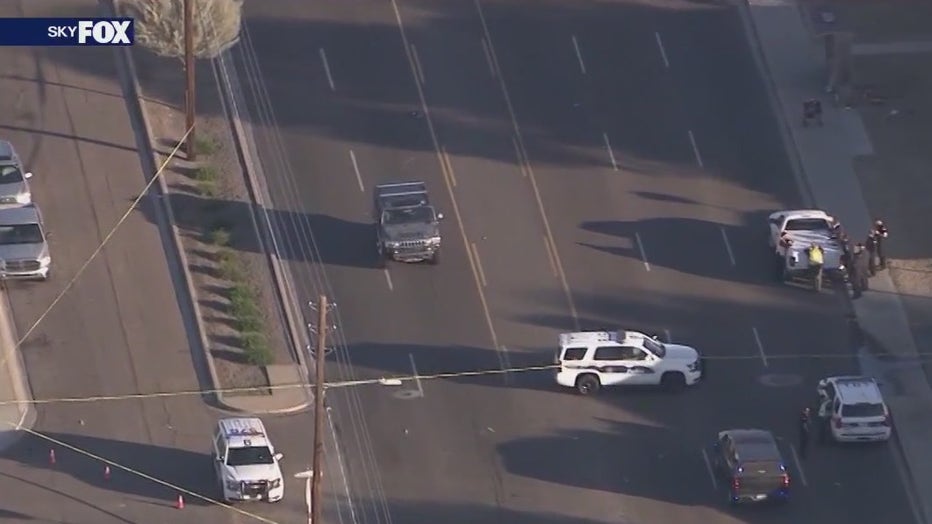 A child has died after being hit by a car near a Phoenix intersection on the morning of Dec. 8.