EL MIRAGE, Ariz. - A man accused of causing a crash in El Mirage that several people hurt, including a child, has been arrested.

Police told FOX 10 that a car driving down Grand Avenue at the Thunderbird Road intersection hit two cars that were stopped in traffic. One car was sent into the intersection, hitting another vehicle. One of the other vehicles involved rolled over from the impact.

The car that rolled over had a father with his three children inside. A 9-year-old boy was seriously injured, and police say he is now in critical but stable condition. A woman was also critically injured in the crash.

The driver accused of causing the crash, 19-year-old Jose Sanchez, was hospitalized with non-life-threatening injuries.

"The investigation revealed impairment played a factor in the crash," police said.

After being released from the hospital, Sanchez was arrested and booked into jail. He is accused of aggravated assault and endangerment. 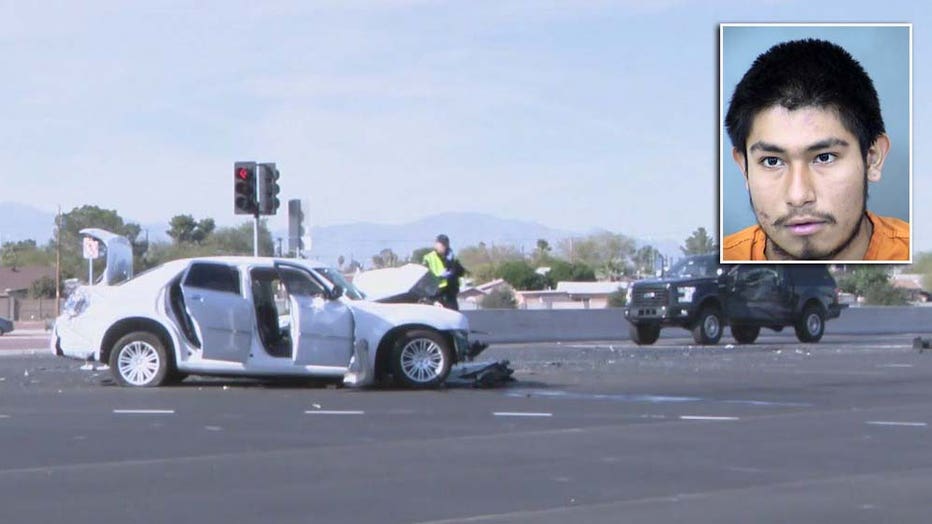 Jose Sanchez, 19, is accused of causing a crash in El Mirage that left several people hurt, including a 9-year-old boy.