Arizona had another round of thunderstorms Monday night as monsoon season in the state is in full swing. The storms snapped several power lines and many people in Scottsdale are still cleaning up. FOX 10's Nicole Garcia reports.

PHOENIX - Arizona had another round of thunderstorms Monday night as monsoon season in the state is in full swing.

Wet weather, along with ping pong ball-sized hail made its way to the Valley from Northern Arizona. 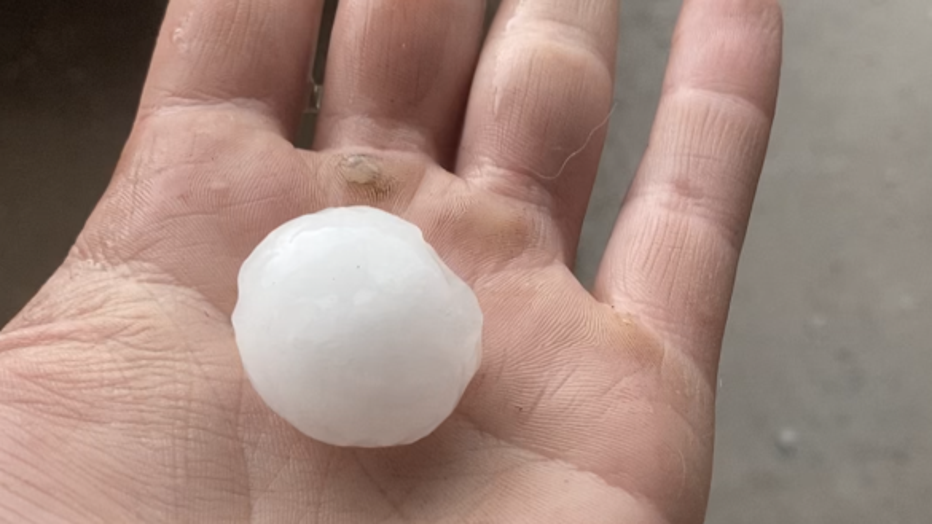 Within minutes, the storm dropped at least an inch of rain in Cave Creek. The storm had the potential to cause flash flooding through Monday night.

The storm dropped a significant amount of rain quickly as it passed through the northeast Valley.

Clean up begins yet again after another monsoon

Dozens of trees, 15 power poles down in Scottsdale after monsoon storm

Tree services crews worked tirelessly throughout Tuesday cleaning up Monday night's mess after a monsoon ravaged most of the Valley, including a major part of Scottsdale.

Tree services crews worked tirelessly throughout Tuesday cleaning up Monday night's mess after a monsoon ravaged most of the Valley, including a major part of Scottsdale.

Dozens of trees were uprooted by mother nature when strong winds whistled through Scottsdale Road, north of Loop-101.

"Every single truck we have is working. We're booked, probably through this whole week and part of next week, just for storm damage," said a tree service worker.

The storm also took out 15 power poles in North Scottsdale. APS crews are working through the night and around the clock to restore the poles.

A Scottsdale resident opened his door Tuesday morning and said he couldn't see the street. Why? Because a giant mesquite tree toppled over into his front lawn.

The tree narrowly missed landing on top of his home.