The suspect has been identified as Raymond Montgomery. Meanwhile, members of the community are remembering one of the victims for her work as a grassroots community organizer and a mother of three. Two of her children also died in the crash. FOX 10's Justin Lum reports.

PHOENIX - As an investigation into a deadly crash involving a Valley Metro bus continues, new details surrounding those who were killed in the crash are starting to emerge.

The crash happened just before 4:00 p.m. on June 10. When officers responded to a call about a stolen vehicle in the area of 17th Avenue and Missouri, they learned a woman was in the car when a man she knew struck her in the face and took the vehicle. She was able to get out of the car before the man fled with it.

Dispatchers later received 911 calls about a multi-car crash in the area of 7th Avenue and Missouri.

Investigators learned from witnesses and evidence at the scene that the stolen car, a dark blue 2010 Cadillac SRX, was heading east on Missouri Avenue at a high rate of speed and ran a red light at 7th Avenue. The Cadillac collided with a Honda Civic that was travelling south on 7th Avenue with three occupants.

Police say the force of the collision caused the Cadillac and Honda to impact a Dodge Ram pickup truck that was heading north on 7th Avenue. An adult and child inside the truck were transported to a hospital as a precaution; their injuries were not serious.

"The force of that collision pushed the Dodge into a City of Phoenix Bus, that was also travelling north. The bus had one driver and two passengers on board, and none of them required transportation for medical care," said Justus.

When the Cadillac continued to head east, it struck a pedestrian who was crossing Missouri Avenue in the crosswalk.

The Cadillac then struck a Chevrolet Malibu that was waiting on Missouri Avenue at the red light to head westbound.

The pedestrian and the driver of the Malibu were transported to a hospital with non-life-threatening injuries.

"Additional medical personnel arrived and transported a total of five people from the scene, including a 45-year-old female with extremely critical injuries, who unfortunately was later pronounced deceased at the hospital," added Justus. 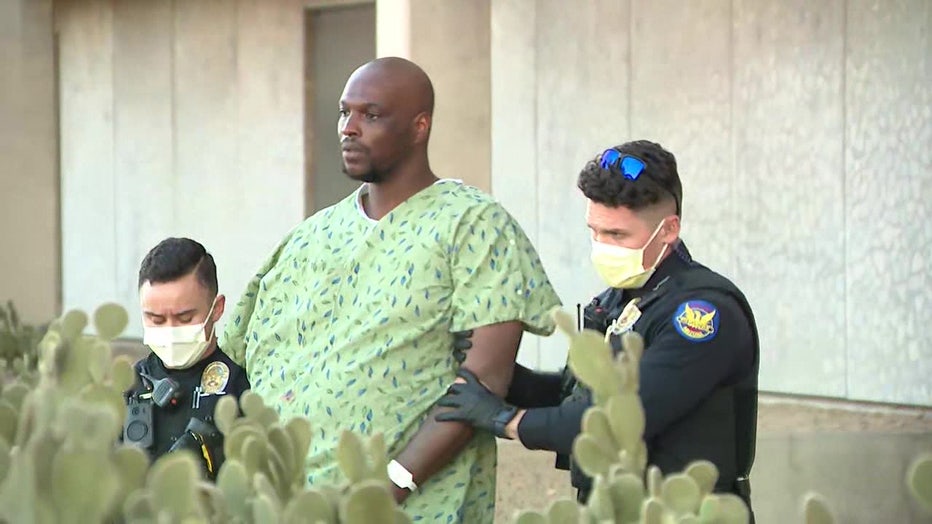 On June 11, the suspect was identified by police as Raymond Montgomery. According to police, Montgomery is accused of three counts of 1st degree murder, a count of robbery, a count of theft of means of transportation, and seven counts of endangerment.

"During the course of this investigation, it was learned that the Cadillac was travelling approximately 97 miles-per-hour seconds before the collision, and about 78 miles-per-hour immediately prior to impact. Montgomery admitted to driving the Cadillac was also positively identified by the victim of the robbery," a statement released by Phoenix Police officials read, in part. 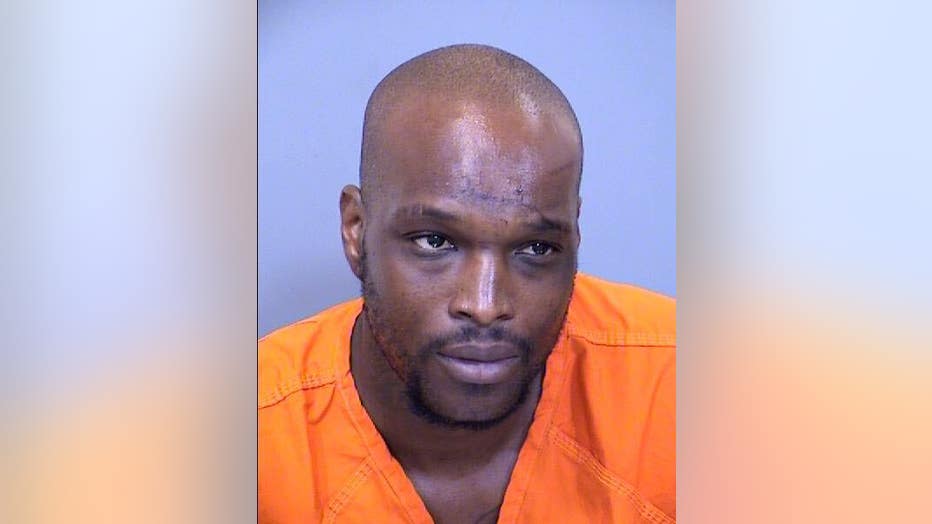 Authorities have identified the victims as 45-year-old Courtney Lonergan, 18-year-old Ali Geer, and 16-year-old Almira Geer. Both Ali and Almira went to Central High School in Phoenix. They were student athletes who swam and ran cross country.

"We're struggling. We're grieving," said Joey Grether, who was a family friend of the victims. "I got a call from the detective, and then we kind of fell to the floor in tears."

On June 11, Grether and his daughter sat in Lonergan's home, surrounded by hundreds of books and the messages she wrote.

Friends say Lonergen did it all. She was an applied cultural anthropologist, grassroots organizer, and a youth leadership development mentor.

"She spent all of her time organizing different communities and trying to help people come up with plans and solutions to what they want to do," said Grether.

More importantly, Lonergan was a mother of three.

"They're just great kids that really led by their mom's example, and they, you know, they have communities of people over here at the house all the time. It was a safe space for kids people, adults, all the time, it's felt like," said Grether.

As the community mourns the deaths of the three, they are also aware that Ali and Almira's little sister, 13-year-old Aracelli, is now alone.

"I mean, she just lost her family to a car wreck," said Grether.

"Even though we aren't her biological family, like, we built this community together for 12 years of interconnected families, and we're just trying to support her in ways that her mom and siblings aren't able to do any longer," said Azsa Satori, who is also a friend of the family.