Multiple police reports and documents have documented the time Rachel Henry spent in Oklahoma, prior to her move to Phoenix. FOX 10's Matt Galka reports.

Henry, 22, was arrested in connection with the murder of her three children. Police officials say Henry admitted to killing the three children, identified as Zane Henry, Mireya Henry and Catalaya Rios, by smothering them.

The police reports from Oklahoma paint a rather turbulent picture between Henry and Pedro Rios, the father of her children. 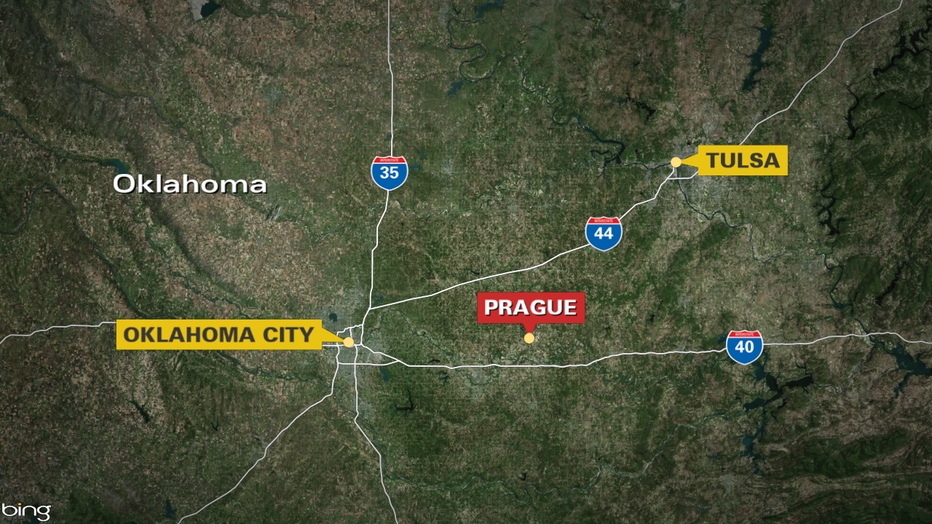 Location of Prague, Oklahoma, in relation to Tulsa and Oklahoma City

Before henry moved to Arizona, she lived in Prague, Oklahoma. And dating back to 2016, she's had multiple run-ins with the police department there. And all of them had to do with the father of her children in some way.

In April of 2016, there was a domestic dispute call between Henry and her mother, according to police documents.

According to police, Henry's mother was upset about Rios.

In April of 2017, there was another domestic call, this one between Henry and Rios.

Henry told police at the time that Rios had threatened her and their then six-month-old child. She claimed he stole money and she was afraid he would hurt her and the child. She told police she would seek a protective order

On July 4 and 5, DHS attempted to reach Henry and Rios.

DHS officials told Henry to leave her apartment, and that if she was seen with Rios, DHS officials would take the children.

DHS did another welfare check in August, after a report of the children being left alone. Henry and Rios had been pulled over on August 28 with no children inside. Henry was uncooperative with police when asked where the children were.

Two days later, during a DHS welfare check, Henry had returned from the grocery store. DHS asked to see the children, who had been hidden in another room.

When asked if they were alone, Rios said he was there.

DHS told Henry that she was not to be with Rios if she wanted to keep her children. They took the children from Henry and Rios, and placed them with Rios' grandmother for a week.

Officials with the Oklahoma Department of Human Services issued a statement to FOX 10 in regards to the case.

"At the time of their deaths, the children of Rachel Henry were not in the custody of the Oklahoma Department of Human Services. OKDHS has been contacted by Arizona law enforcement and is cooperating fully with their efforts," read the statement. An internal investigation is reportedly underway.

Meanwhile, a family member acknowledged the domestic disputes, but chose not to comment.

On Thursday, people continued to come by the house where the murders happened.

"If you don't want your kids, don't hurt them," said a woman, identified only as "Margie". "Turn them in. They'll have a better life."

"These kids didn't do nothing to her," said one person. "They didn't ask to be brought into this world."