PHOENIX - FOX 10 Investigates returns to "the Zone" – home to the largest homeless encampment in Phoenix. At one point this year, the number of unsheltered people living in this downtown Phoenix camp reached more than 1,000.

Business owners and residents have pointed to crime, drugs, and unsanitary conditions they say plague "the Zone".

We wanted to know exactly how many times police have been in the Zone for crime calls since a federal ruling in a landmark case prohibited criminalizing unsheltered people from living outdoors when there’s no available shelter indoors.

And now hundreds are living in this concentrated area of downtown, where several different crimes are happening.

Not far from the state capitol building is what you call a classic. A place to grab a sandwich during your lunch break, serving Phoenicians for decades. Not much has changed inside the Old Station Sub Shop near 13th Avenue and Jefferson Street since Joseph and Deborah Faillace opened their doors in 1986, yet so much surrounding this family business has. 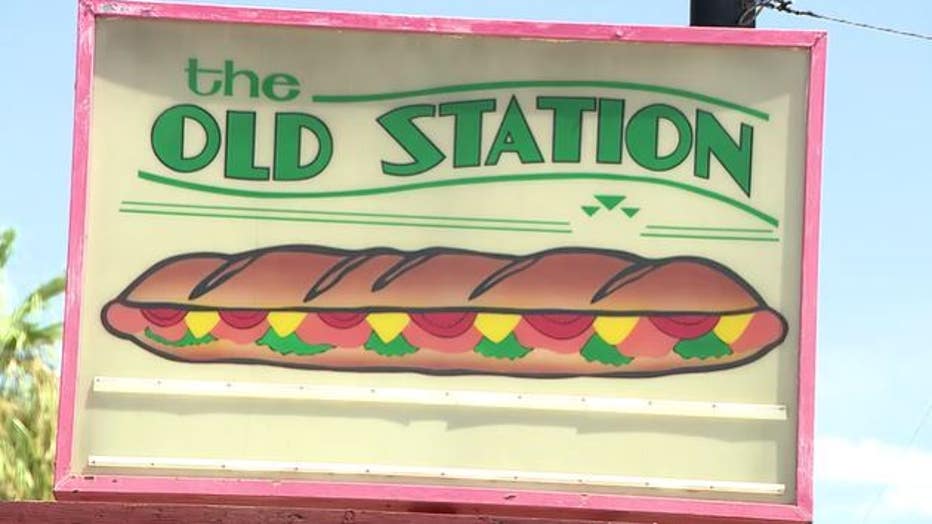 "I call the mayor’s office. Same old story. ‘What do you think we should do about this?’ Well how do I know, I’m just a sandwich maker," said Joseph.

A sandwich maker working on the outskirts of "the Zone" – what may be the heart of the homelessness crisis in Arizona.

Two blocks away, Joel Coplin and his wife are front and center on the Human Services Campus near 12th Avenue and Madison Street – a hub for the state’s largest homeless shelter with various resources that have been strained for years.

There are more people living on the outside than there are shelter beds. At last check, nearly 900 homeless people are living inside tents on sidewalks.

Back at Old Station, the Faillaces say crime has cost them hundreds of dollars a month spent on cleaning supplies.

"Drugs and mental illness go right hand in hand and there’s all of that. Any day you can see people doing all kinds of crazy things. I mean swinging around, screaming at people who aren’t there, swinging at the sky, passing out in the street. It's a common thing."

Digging through the Phoenix Police Department’s crime data reveals officers responded to 801 incidents in "the Zone"’s area since 2019. The most reports happened in 2020 with nearly 280. There was a 26% decrease from 2021 to 206. With 185 incidents so far this year, Phoenix PD’s response to crime in "the Zone" is on pace to surpass last year’s total. 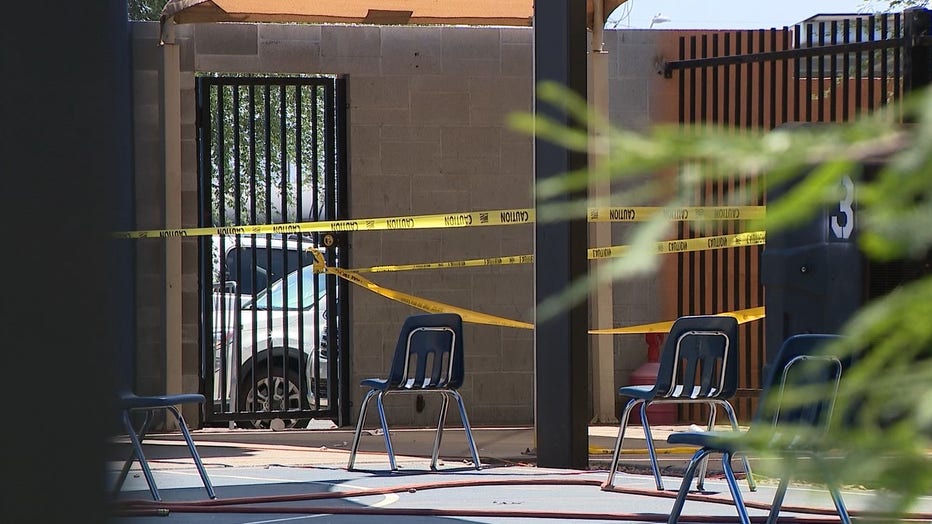 "We've seen knifings, shootings right down the block. We had some guy shot right across the street a while ago. I mean, it just gets to the point where the unconscionable, when that becomes normal then something’s gotta be done," said Coplin.

Theft ranks at the top of the crimes in the area with nearly 300 cases since 2019.

"I’ve told people if they have something stolen from them, well just wait a while, somebody will steal it from them, it will go over to the next person, they’ll steal it and pretty soon it’ll get back to you, and you can steal it back," said Coplin.

Over the same time period, police responded to about 230 aggravated assaults and 130 drug offenses.

"Fentanyl is everywhere. I mean you can find them lying on the sidewalk," said Coplin.

Since 2019, police investigated six murders in "the Zone".

Where are crimes happening exactly? 50% reported on the street or sidewalk: 401.

Phoenix PD responded to nearly a third of crimes at homeless shelters in "the Zone": 259.

"Not everybody’s gonna tell on you out here," said J.R., who has lived in "the Zone" for eight years and says crime is underreported.

After a long wait for a housing voucher, he has his own apartment but sees the homelessness crisis getting worse here.

"People lost. Walk around and talk to they self. They don’t know where to go. They don’t got no help," he said. "But this is a sad place that needs to be cleaned up." 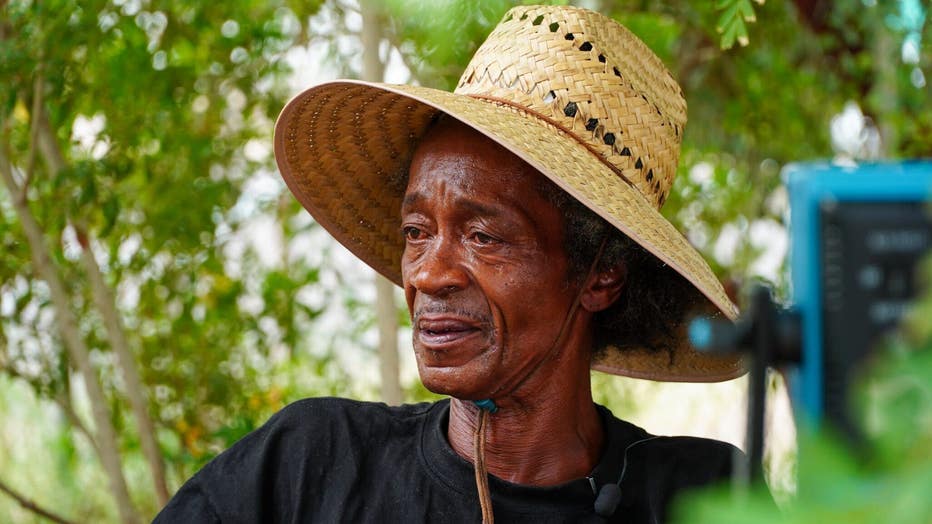 — Ilan Wurman, a law professor at Arizona State University who represents 15 plaintiffs, including the Faillaces and Coplins in a lawsuit against the city.

The claim says Phoenix neglected the homeless encampment and allowed it to become a "public nuisance."

MORE: Lawsuit filed against city of Phoenix over failure to address homeless crisis

Wurman says the city is taking advantage of the ruling in the case of Martin v. Boise.

A 2018 decision by the U.S. Court of Appeals for the Ninth Circuit held that cities cannot enforce anti-camping ordinances if there aren’t enough homeless shelter beds.

"But the city of Phoenix has used the Ninth Circuit decision, which again, is very narrow as an excuse to totally abdicate its responsibility for this crisis," said Wurman.

Wurman says the ruling should not prevent the city from enforcing laws against drug use, disorderly conduct, and public urination or defecation.

The Faillaces have stopped calling the police. They’re simply tired, yet they keep opening their doors.

How do they go back and forth between that love and frustration?

"It's very depressing. I’m very depressed. I get up every morning with a knot in my stomach. It's what I have to deal with."

"I try to keep cold water, you know, if I got something to eat cooked up, I don’t mind feeding you."

J.R. knows what it feels like to be in need. That’s how he met Coplin and his wife when he lived on the streets in "the Zone".

The Coplins have seen the largest homeless encampment in the Phoenix metro area swell to what it is today.

"I know everybody wants change. Nobody wants to see this like this," said Coplin.

We asked J.R., how many people have you seen die since you’ve lived here?

"In the last couple of weeks, I’ve seen at least seven," he replied.

So far in 2022, there have been 153 heat-associated deaths in Maricopa County; a 35% increase compared to last year at this time. 78% happened outdoors.

"It just hurt every day to walk out here and see somebody get carried out of a tent."

We specifically looked at the Phoenix Fire Department’s response to the Human Services Campus on South 12th Avenue and Madison Street – the city’s non-profit hub of service providers for those experiencing homelessness.

This would be the second straight year Phoenix Fire crews have responded to the HSC area at least a thousand times. Calls vary from illnesses to assaults to overdoses.

This is a conversation between a firefighter and unsheltered man heard in a video taken by a property owner in "the Zone":

Firefighter: "How long ago did you have the spice, boss?"

The activity has become normalized outside businesses in the area.

"We have all kinds of stories. Remember the one lady that was in our bathroom washing her clothes and hung them out on our fence line to dry during our lunch hour," said Deborah.

The Faillaces say they mostly deal with public defecation on their property. So did the Coplins before they had fencing put up to close their alley.

"The back alley used to be the bathroom for the community," said Joel.

Since 2019, 97 reports regarding homelessness issues in the area of "the Zone" have been sent to PHX Cares, the city’s program to address neighborhood concerns. That’s an average of just two complaints a month.

Business owners like the Faillaces have given up on calling police to report a crime, let alone reporting human waste to the city.

"I’m tired.  I come to work. I need to work. I have time to call police and it’s hard to get police nowadays. They’re shorthanded," said Joseph.

"It is an absolute humanitarian crisis," said Wurman.

In the lawsuit, Wurman is demanding the city do something about the "public nuisance" he says leaders ignored.

"But our understanding on information that we’ve received as part of this lawsuit is that the city of Phoenix police have been told by the mayor and other city officials not to enforce these various laws again because the city is misinterpreting the Ninth Circuit decision and is using it as an excuse to abdicate responsibility over the homeless crisis."

But Mayor Kate Gallego’s spokesperson says there’s no truth to the allegation that she’s told police not to enforce laws in "the Zone" and the city cannot talk about pending litigation.

An extension has been filed for the city to respond to the lawsuit.

"Look at these people across the street sleeping right there on the ground, they sleeping anywhere they can sleep, eating out of garbage cans. That's not cool," said J.R.

The mayor’s spokesperson did point to Operation Gun Crime Crackdown as a strategy to bring down crime, along with contract extensions with several homeless shelters worth $10.6 million.

More on the homeless crisis in Arizona:

One of the largest homeless encampments in America is located in downtown Phoenix is known as 'the Zone.' In our special report, FOX 10's Justin Lum provides several perspectives from people living unsheltered to the service providers calling for more resources to elected officials with proposed short-term and long-term solutions. 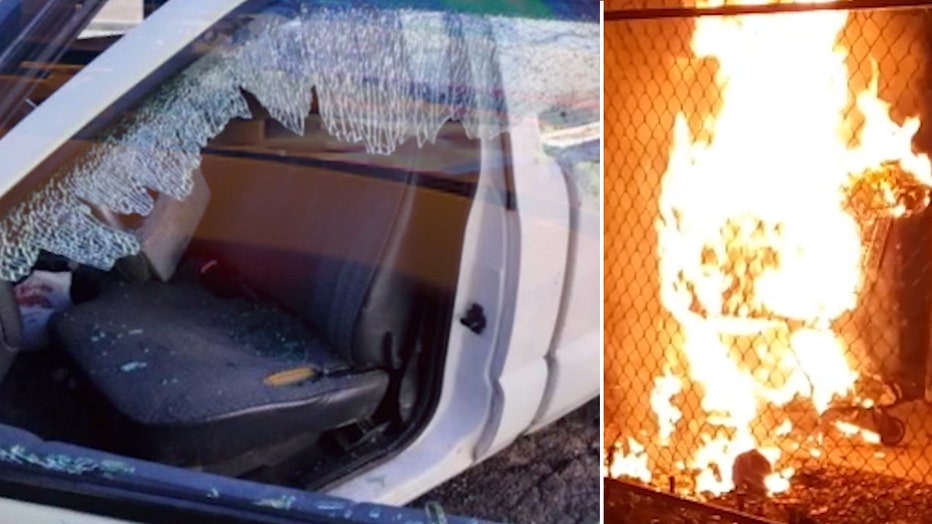