Firefighters were called to a three-story apartment complex near 35th Avenue and Greenway Road and discovered smoke coming from one of the windows.

Officials said a fire from a kitchen stove had quickly spread to the cabinets and the ceiling.

Firefighters were able to put out the flames before they spread any further and saved a dog that had been hiding in a back bedroom.

Two residents were displaced. The cause of the fire is under investigation, and no injuries were reported. 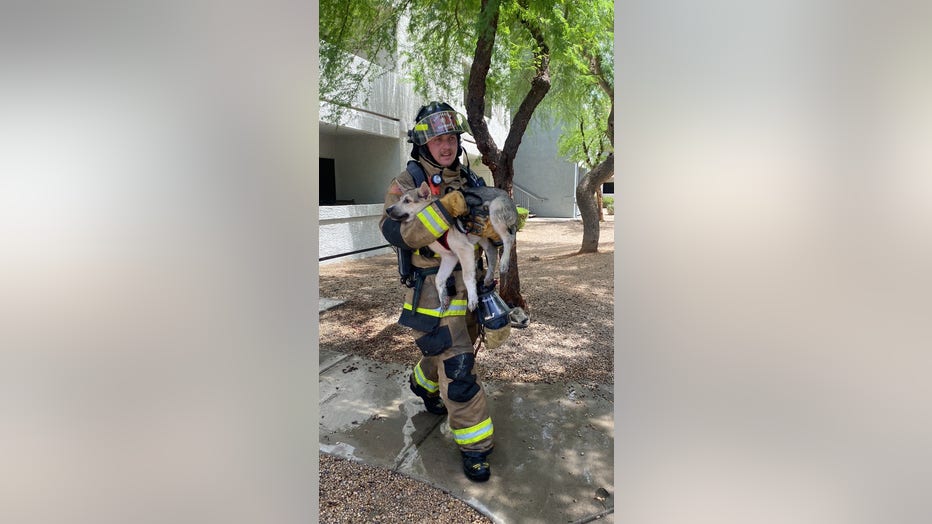 Phoenix firefighters rescued a dog from an apartment fire on Aug. 14.