Crews were sent to the home, located near Broadway Road and Val Vista Drive, on July 4. FOX 10's Linda Williams spoke with neighbors who helped rescue people from the home.

MESA, Ariz. - Firefighters say a fire that destroyed a Mesa home on Sunday night was likely the result of "improperly discarded fireworks."

According to the Mesa Fire and Medical Department, firefighters responded to a house fire on July 4 near Broadway Road and Val Vista Drive and found a small two-story home with large flames coming from the roof.

Neighbors say just after 11:00 p.m., they noticed smoke and fire coming from a tree behind the home.

"I was in my room, on my phone, and my mom came and yelled, really loud, there's a fire," said Kamber Smith.

Smith said her family rushed to help, first alerting a mother and her two children to get out of the home, and then calling 911.

"My dad went with a hose in the back to help them, and my mom was getting them out," said Kamber.

"I just looked over at the house and I saw a big flame in the back, and I just grabbed my hose from my house and I hooked it up to the neighbors house over here and I tried to put the fire out, and the fire kept getting bigger and bigger," said Chris Smith.

Once on the scene, crews tried to conduct a search of the home. The fire was upgraded to a first-alarm incident, and firefighters fought the fire from the outside and worked to prevent the flames from spreading to nearby homes. 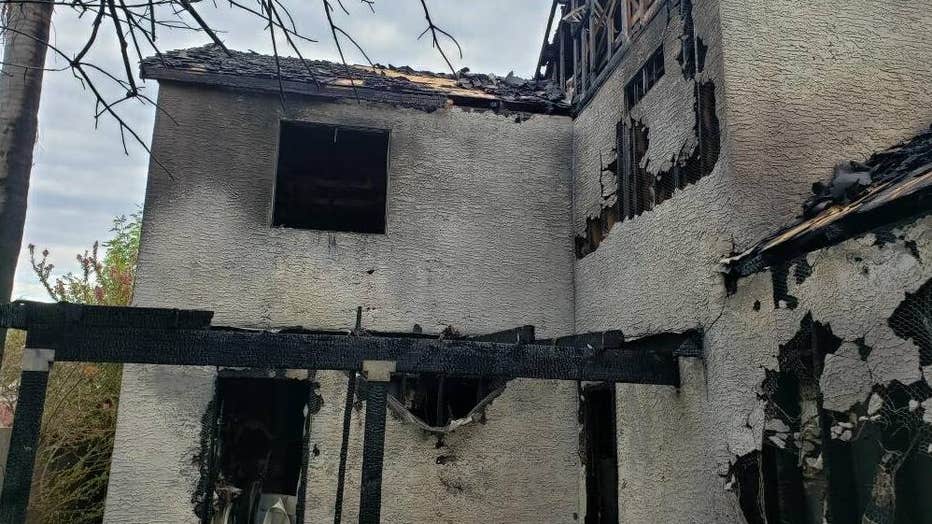 "The fire is under investigation but preliminary findings show that improperly discarded fireworks were most certainly the cause of the fire," the department said.

Fire officials also say crews encountered challenges because the home was so packed with items. As a result, crews couldn't gain access to the home.

The house, officials say, is a total loss. Besides a mother and her two children, two dogs were displaced as a result of the fire.

"It's sad because they were my favorite neighbors," said Kamber.

"The Mesa Fire and Medical Department cannot stress enough that use fireworks is dangerous and often better left to the professionals, but if members of our community plan on using legal fireworks please ensure that they are properly disposed of and not just thrown away in a trash can," the department said. 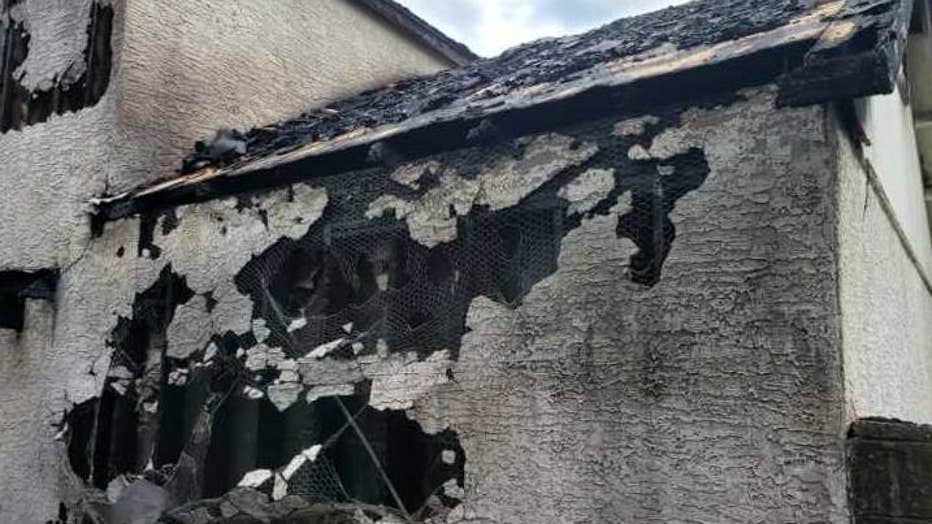 Firefighters say a fire that destroyed a Mesa home on Sunday night was likely the result of "improperly discarded fireworks." (Mesa Fire and Medical Department)