PHOENIX - It was a busy morning for the Phoenix Fire Department as crews worked to put out a two-alarm fire at a Phoenix strip mall.

Take a look at the video as SkyFOX was over the scene on May 24 near 16th Street and Thomas Road.

PFD says people called 911, reporting flames and smoke coming out of the building.

When firefighters arrived at the scene, they saw a heavy amount of smoke. No one was inside the building at the time, so firefighters went on the defensive, using ladder trucks to help knock down the fire.

"We got the fire completely out right now.. there is smoldering going on, but right now, the fire is under control," said PFD's David Ramirez. 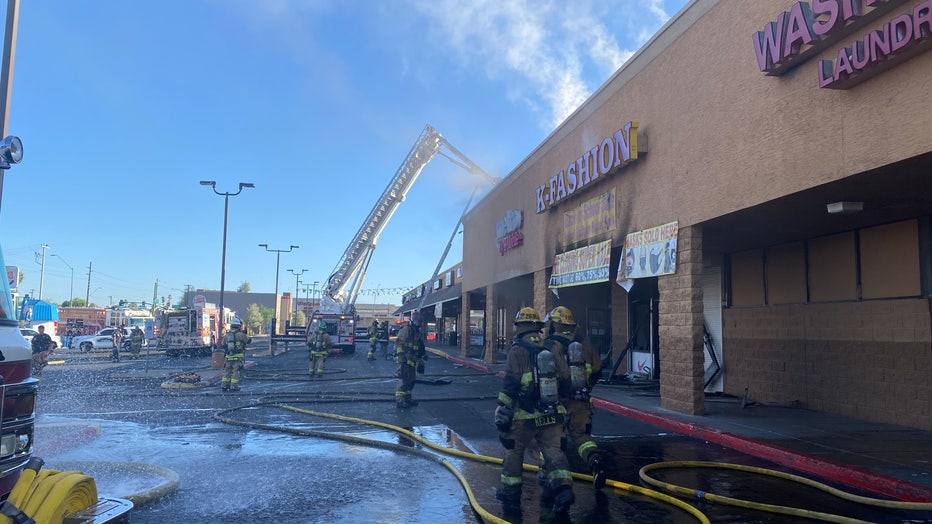 "None of the eight adjacent store fronts on the north side were effected by this incident. The three businesses effective by this morning’s incident: Metro PCS, K-Fashion, and Washouse Laundry," added Ramirez.

The cause of the fire is under investigation. No firefighters were injured during this incident.