WADDELL, Ariz. - No one was injured when a fire tore through a home in Waddell on July 19, firefighters said.

The fire broke out at about 5:30 a.m. near Cotton Lane and Glendale Avenue, Rural Metro Fire said.

Residents inside the home were alerted by smoke detectors and when crews arrived at the scene, they found heavy smoke and heat coming from the garage.

"Crews made an aggressive interior attack on the garage which was fully consumed by smoke and fire," the department said. "As they began to pull ceiling to get ahead of the fire running into the attic space, they found extensive fire through the attic."

Part of the garage then began to collapse, forcing firefighters to pull back and fire the fire from a defensive position.

The cause of the fire is unknown at this time.

"Excellent reminder that working smoke alarms save lives, " the department added. "It appears this fire was burning for some time before it was discovered. And because of the alarms the residents were able to evacuate safely." 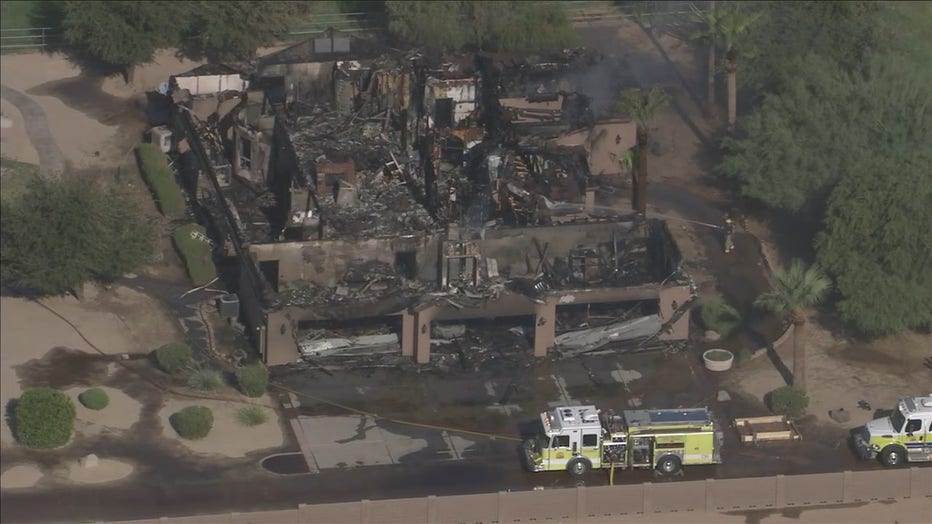 Residents inside the home were alerted by smoke detectors and when crews arrived at the scene, they found heavy smoke and heat coming from the garage.