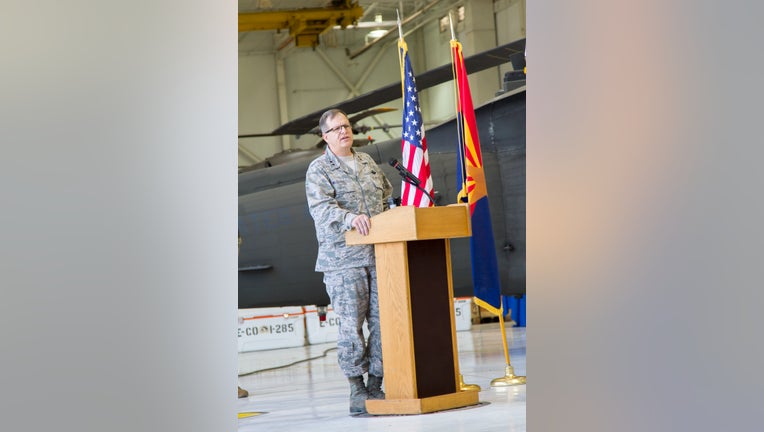 PHOENIX (AP) - Retired Maj. Gen. Michael McGuire, the former head of the Arizona National Guard, has filed papers to run for the U.S. Senate, joining what’s likely to be a crowded field of candidates seeking the Republican nomination.

McGuire, who retired earlier this year from the military and from his post as head of Arizona’s emergency management agency, was a visible presence beside Gov. Doug Ducey during televised briefings during the COVID-19 pandemic. The Guard helped bolster supply chains and keep shelves stocked at grocery stores and foodbanks, distributed medical supplies to remote areas of the state and helped with vaccine distribution.

McGuire formed a campaign committee with the Federal Election Commission last week, but a political consultant listed as the treasurer told the Arizona Mirror that McGuire has not made a final decision on whether to run.

"General McGuire has been meeting and speaking with everyday Arizonans from all 15 counties to determine whether there is broad-based support for his conservative vision, which is founded upon freedom, respect and trust with fidelity to the United States Constitution," the consultant, David Satterfield, said.