WASHINGTON - Bill Richardson, the former U.S. ambassador to the United Nations and a frequent emissary in hostage negotiations, said on Aug. 9 he was hopeful about the chances of a two-for-two prisoner swap that could result in Russia’s release of WNBA star Brittney Griner and another jailed American, Paul Whelan.

In cases like this, Richardson said in an interview with The Associated Press, "it’s proportional — two-for two."

Richardson, who traveled to Russia in advance of the release by Moscow of Marine veteran Trevor Reed in an April prisoner swap, declined to discuss the current status of negotiations with Russia over Griner or Whelan or to explain what role he may be playing in the talks.

But he said he felt "relatively positive" for several reasons. For one, the conclusion of the criminal case against Griner last week — she was convicted and sentenced to nine years in prison on drug charges — provides an opening for diplomatic negotiations to begin in earnest. Plus, he said, the U.S. and Russia have already shown a willingness to carry out prisoner swaps, as evidenced by the Reed exchange. And Griner’s strategy of expressing contrition before a Russian court was important.

"And that is why I think a two-for-two deal is hopefully a likely outcome," Richardson said.

Secretary of State Antony Blinken took the unusual step of revealing publicly last month that the U.S. in June made a "substantial proposal" to get Griner and Whelan home. He did not elaborate, but the AP and other news organizations have reported that the U.S. has offered to free Viktor Bout, a Russian arms dealer who is serving a 25-year sentence in the U.S. and once earned the nickname the "Merchant of Death." 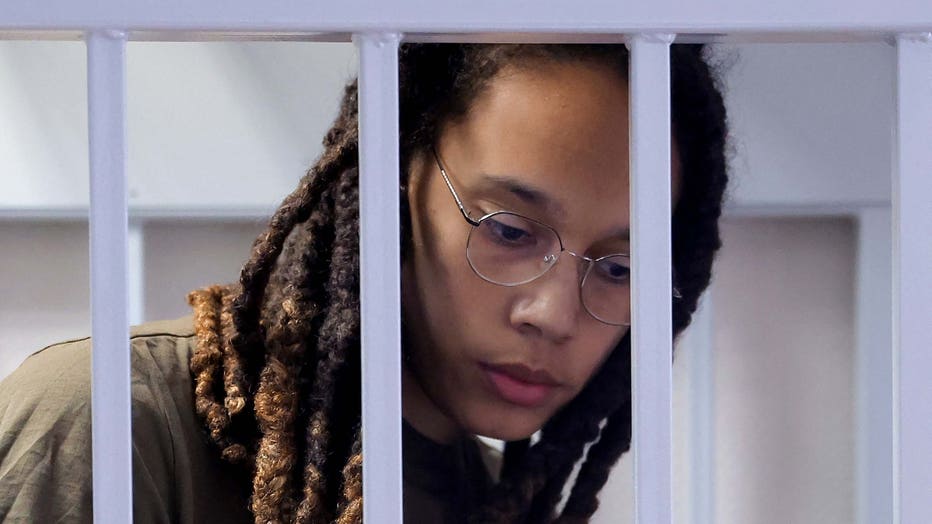 US basketball player Brittney Griner stands in a defendants' cage before a court hearing during her trial on charges of drug smuggling, in Khimki, outside Moscow on August 2, 2022. (Photo by EVGENIA NOVOZHENINA/POOL/AFP via Getty Images)

Russia made a counteroffer that the U.S. did not regard as serious, the White House has said.

It is not clear which other Russian could be included in a two-for-two deal, assuming it happens.

Griner, the most prominent American jailed by a foreign government, has acknowledged there were vape canisters containing cannabis oil in her luggage when she was arrested at a Moscow airport in February. But she insisted that she had no criminal intent and that the canisters ended up in her luggage because she was packing hastily. Griner played for a Russian women’s basketball team in the WNBA off-season.

Whelan, a corporate security executive from Michigan, was sentenced in 2020 to 16 years in prison on espionage-related charges he and his family say are manufactured. The U.S. government regards both him and Griner as wrongful detainees.

Though Richardson said he was cautiously optimistic, and even though there is recent precedent for prisoner swaps, such deals aren’t easy.

"The relationship between the United States and Russia is quite toxic," he said. "The geopolitical differences many times override the humanitarian issues that we need to deal with."