MESA, Ariz. - He is so good with a set of clippers that he's been making others feel and look good for decades, and today, Joe Davis celebrates another year of doing what he loves -- on his 99th birthday!

Barber Joe's Shop has been in Mesa for as long as haircuts were just $2.75. Davis says he's seen a lot of hair dos and don'ts, but even though he's retired his clippers, the shop stays busy.

"People love coming into your shop. What keeps them coming in for business?" I asked.

"The stories, not the haircut!" Davis replied. 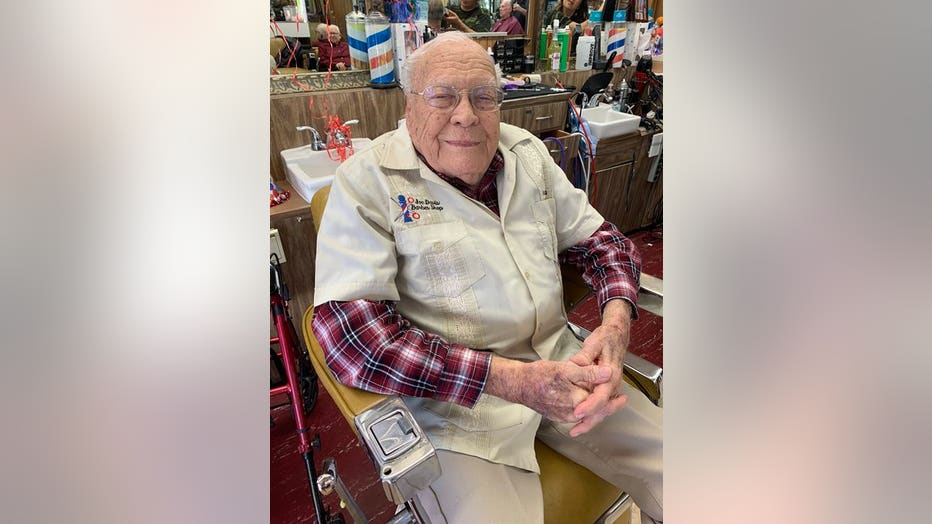 Since 1971, customers can walk in, sit back, relax and perhaps even vent about life's troubles, but Davis says he's never spilled anyone's secrets, except his secret to living a long life.

"I gave up smoking and drinking when I was 25-years-old and I never had a drop or a smoke since then," he said. "I tasted it one time and thought I was going to pass out! (laughs)."

At 99-years-old, he's never been happier. Life couldn't be sweeter, he says, when you're doing what you love and he doesn't plan on stopping anytime soon.