The program will give lockboxes to certain people who qualify, in order to allow first responders to have easier access to a home in case of an emergency. FOX 10's Irene Snyder reports.

PHOENIX - A pilot program in Phoenix will allow first responders to have easier access to a home in case of emergencies, which would help seniors and those with disabilities.

Residents of District 1 in northwest Phoenix can apply to have a lockbox installed on the exterior of their home. Their house keys would be placed inside, allowing firefighters to easily access the house if the homeowner is having a medical emergency.

Phoenix Fire installed the first of these lockboxes on Friday. Phoenix Realtors and the fire department donated 100 of them, so community members who need them can get them for free.

"Just so appreciative of the program and the people that got it rolling," said resident Dave Koschney.

Koschney says that he's often home by himself, and he's worried what he would do if he fell.

"I've gone before, fortunately there was always someone else there," he said. "I thought, ‘How would they get in?’ and time could be a factor…yes, that was pretty heavy on my mind."

Enter the lockboxes. They have a four-letter combination that 911 dispatchers will have access to, and that number would be relayed to the responding firefighters during an emergency.

Dave is the first person to get one of these lockboxes as part of the pilot program. Only those with disabilities or over the age of 65 qualify.

"In certain situations we do have to break the door down when they have the lockbox," said Phoenix Fire Capt. Todd Keller. "It is really efficient and it gets us to that patient." 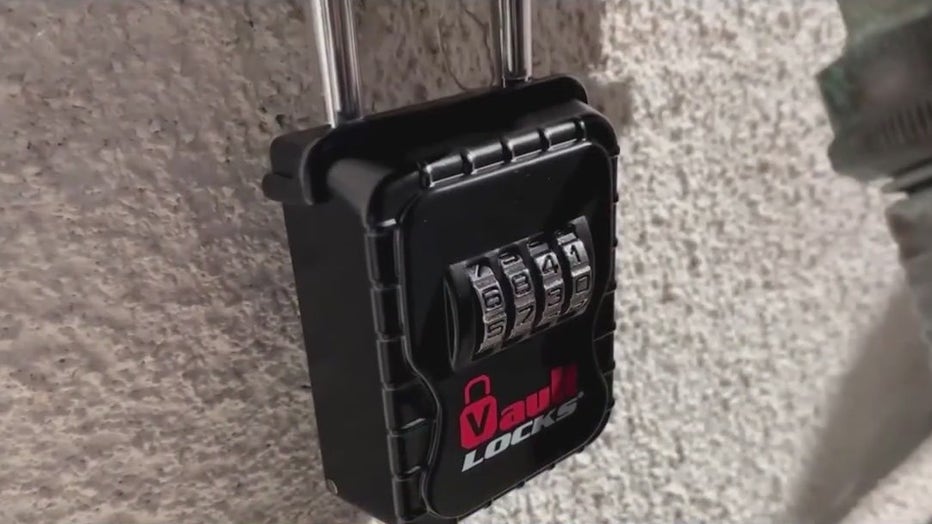