PHOENIX - Several big names in the music industry will be performing in the Valley in the days leading up to Super Bowl 57 at State Farm Stadium in Glendale. 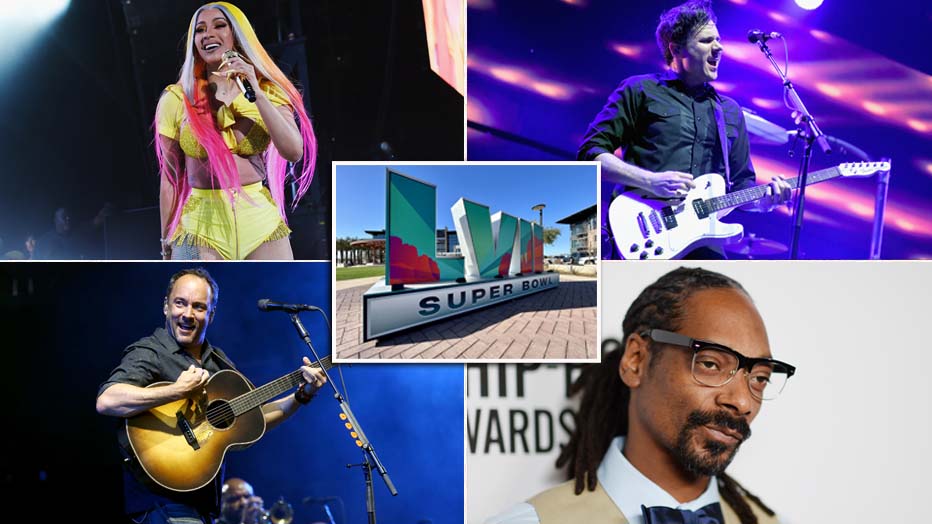