FOX 10's Danielle Miller has the latest on a deadly crash on I-10 that has caused a serious traffic backup early Thursday morning.

The collision happened just before 3 a.m. near Hassayampa River, according to the Arizona Dept. of Public Safety.

Officials say a van hauling a trailer and a semi were both heading eastbound on I-10 when the semi truck rear-ended the other vehicle's trailer.

It is unknown what specifically caused the crash, but the driver of the van reportedly said they felt "a loss of control" while driving in the moments before the collision. 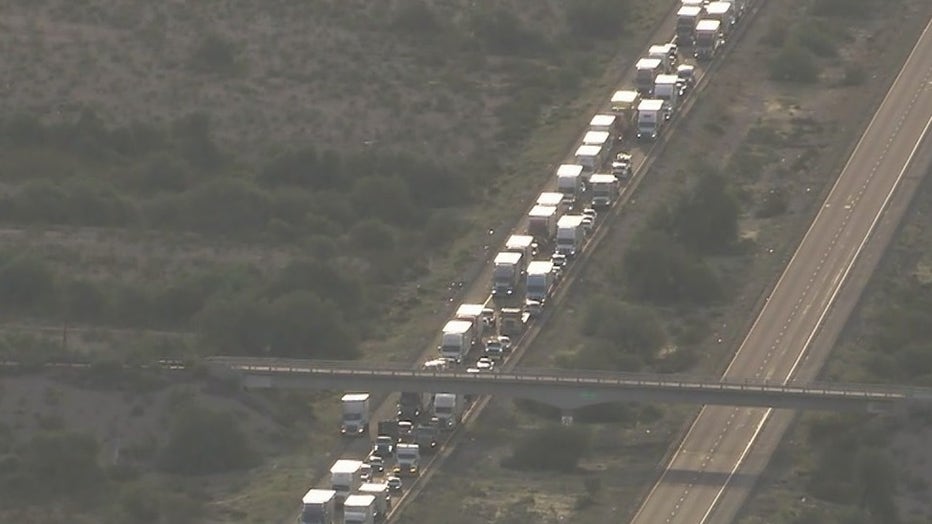 A view of the backup

Both vehicles veered into the median, and the semi truck rolled over on top of the van.

Two people in the semi were uninjured. Four people were in the other vehicle, and DPS troopers said they were a family from Texas.

Three people were hospitalized, and the fourth person died from their injuries.

All the eastbound lanes were shut down for the investigation, but they have now reopened.