‘I miss everything about him’: Family of man shot and killed speaks out

A homeless man accused of murder and is behind bars, but he's also now implicated in a 2001 sexual assault that's classified as a cold case.

PHOENIX - A homeless man accused of murder and is behind bars, but he's also now implicated in a 2001 sexual assault that's classified as a cold case.

Phoenix Police say 44-year-old Rodney Vinson shot 35-year-old Javon Hatcher during a fight near Glendale Avenue and I-17 on Dec. 13.

Vinson was also interviewed by cold case detectives, and he's now connected to the sexual assault of a 16-year-old girl at an apartment near 19th and Northern avenues in 2001.

The family of Hatcher says they miss him every day.

"He was my baby brother so I miss everything. I miss his hugs, I miss his words.” Asimah Hatcher is a day away from laying her younger brother to rest. He's being remembered as kind and loving despite being a convicted felon who focused on turning his life around.

He was a father of five, doing maintenance work and security for an apartment complex.

“We went to the hospital and the police told my mom that he passed away on the operating table,” Hatcher said. 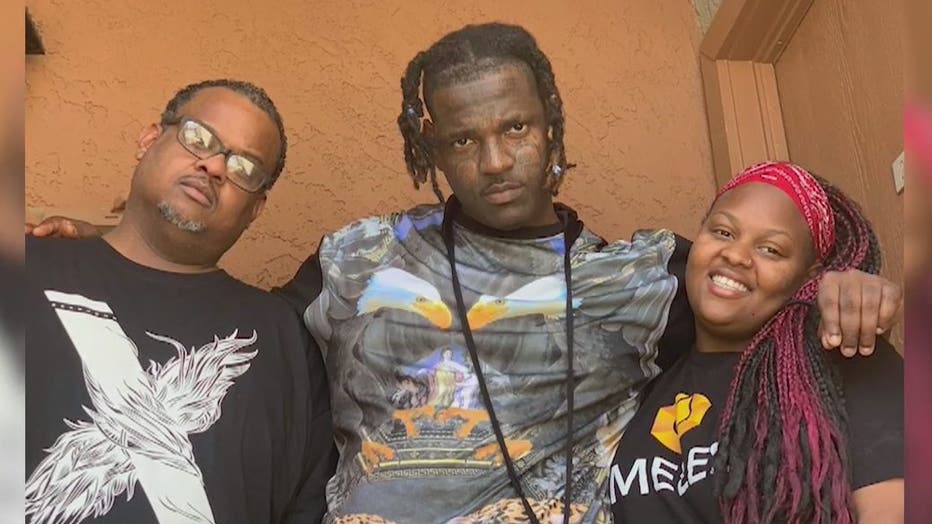 “His information actually revealed that he was linked to this sex crime and we were able to confirm a lot of information by talking to the victim and also looking through our evidence that was collected during the incident,” Samudio said.

Hatcher says she's not angry at the man accused of killing her brother, and she believes there's a plan in place as justice is served. “If he’s been running long enough and God had to allow you to take my brother for you to get caught up for all the mess that you been doing along the way, so be it.”

Hatcher's funeral is tomorrow, and if you'd like to help his family, here is the link to the GoFundMe.