Virgin Galactic gets ready to carry passengers to space

After years of work, a company is getting ready to get people to space and back, from a state east of Arizona. FOX 10's Brian Webb reports.

LAS CRUCES, New Mexico - Your chance to go to space is right around the corner.

The Virgin Galactic Spaceport is located just north of Las Cruces, New Mexico. It was born out of the brain and bank account of British business Sir Richard Branson, who is trying to beat out billionaires Jeff Bezos and Elon Musk to be the first to take paying customers into space.

Branson's Virgin Galactic firm recently announced it is now "operationally ready" for its first space flight, which is now just months away.

The White Knight Two aircraft is designed to carry the Virgin Galactic spaceship to the edge of the atmosphere and then set it free. When the spacecraft is free, rockets will fire, hitting nearly three times the speed of sound and sending civilians into space for the first time ever. 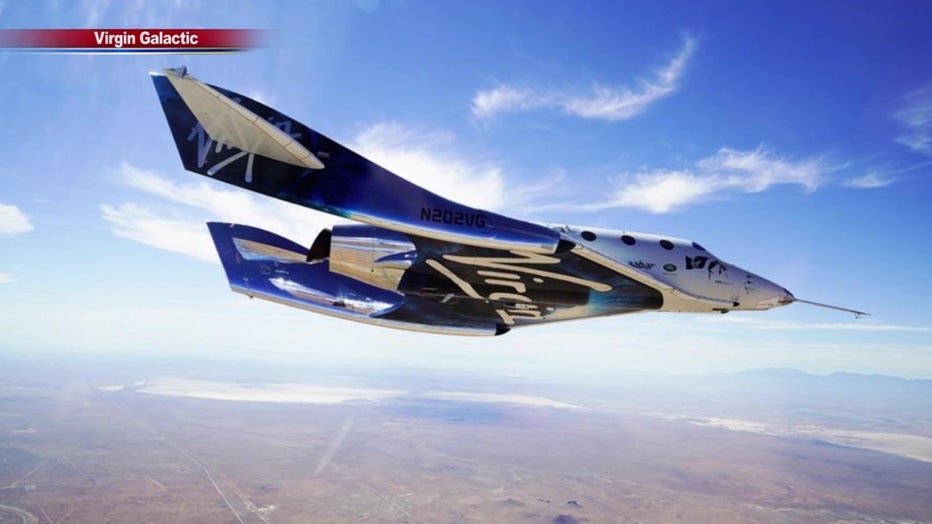 It's a 90-minute round trip with a total of six minutes in space. Kelly Latimer is one of six test pilots ready to go.

"I've dropped spaceship and you hear the motor rocket go, and as we pull off to the side, as we look out the window, you see spaceship going straight up and its the most incredible view," said Latimer.

Virgin Galactic says its rocketship has already reached space. Inside was a two-pilot team with an employee acting as a passenger. It reached nearly 53 miles above Earth, which is the point NASA awards astronaut wings.

"I've been dreaming about going to space, and we flew an employee to space and she reported it exceeded her expectations, and that's what we hope to bring, an out-of-this-world experience to our customers," said George Whitesides, Virgin Galactic's CEO and customer.

The 15-year operation has seen several delays, as well as a disaster. A catastrophic crash in 2014 in the Mojave Desert killed one pilot and seriously injuring another. 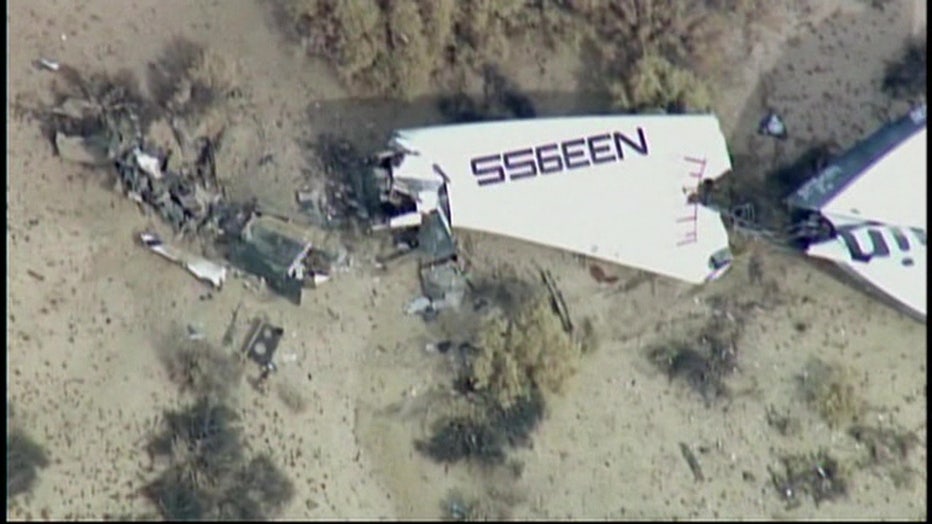 Virgin Galactic, however, is pushing forward, slowing shifting its 150-person operation to the "Gateway to Space" building that lifts out of the lunar-like landscape of the White Sands area, which is known for missile testing. The area is now complete with a huge hanger, mission control, and meeting rooms. It is all paid for by the State of New Mexico to bring the space race to the state's desert, a spot chosen for its good weather, low population density, and restricted airspace so that airplanes don’t interfere with space flights.

As for the cost to go to space, Virgin Galactic ticket costs $250,000. They say more than 600 people from 60 different countries have already signed up to reach the final frontier. Customers will spend three days on-site preparing for the trip, while they are wined and dined by a gourmet chef around a Space Age coffee bar. 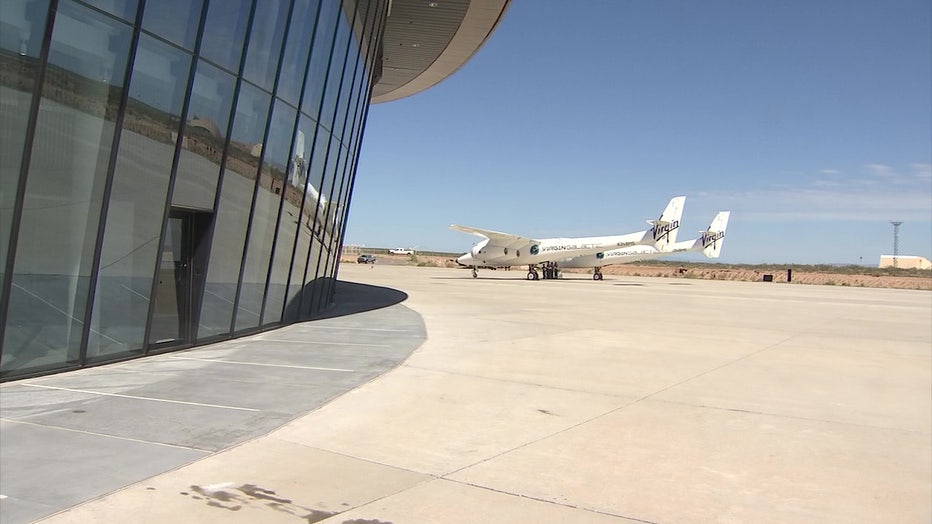 For pilot Latimer, becoming an astronaut is a dream come true.

"It's this thing I've been waiting for, and there will be this moment where there is a lot going on, checklist, procedures, but there is that time when you look outside and say I'm here. I finally made it here and just enjoy that incredible view," said Latimer.

There are hopes that these space missions will re-make air travel on Earth as well, where a rocketship can turn a 20-hour flight into two hours. 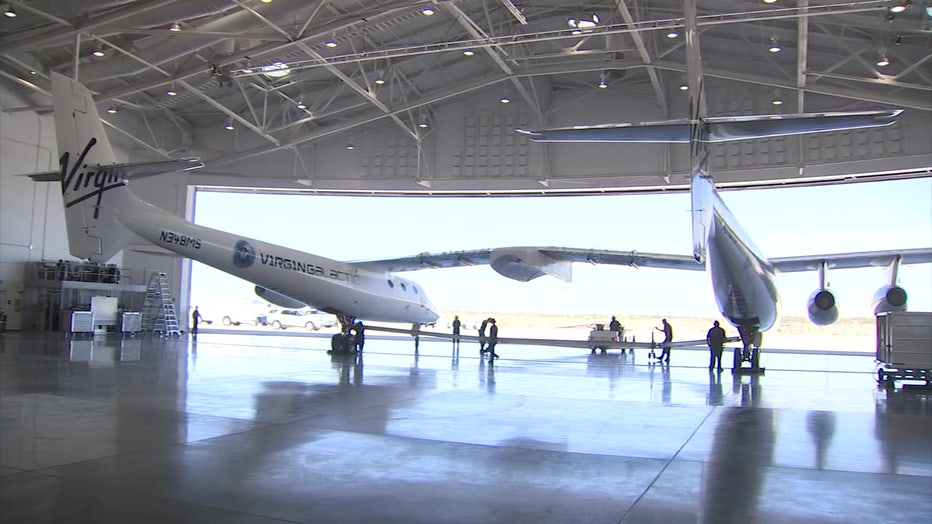 However, there are many more test flights to come before the first paying space passenger is ready to go, and there is no guarantee Virgin Galactic will be the first to get them to space and back, but the commercial space race is on, in the state next door. 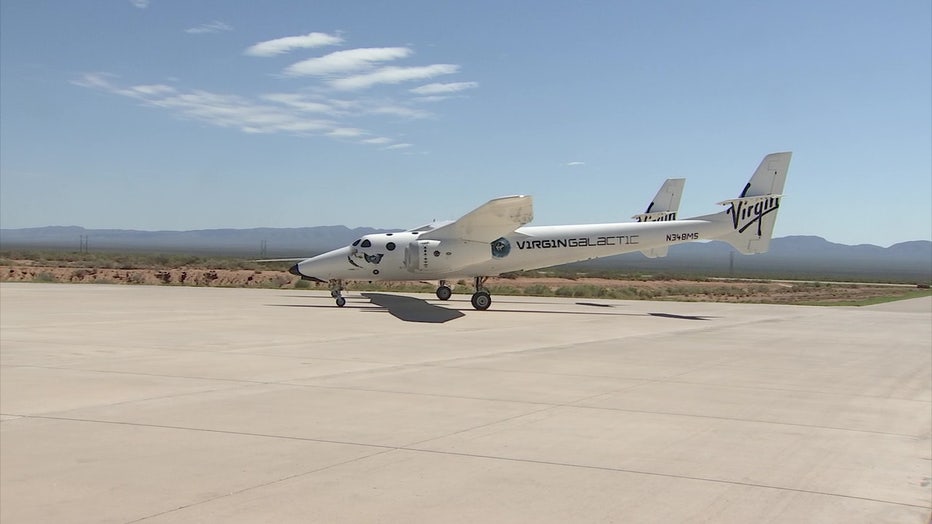