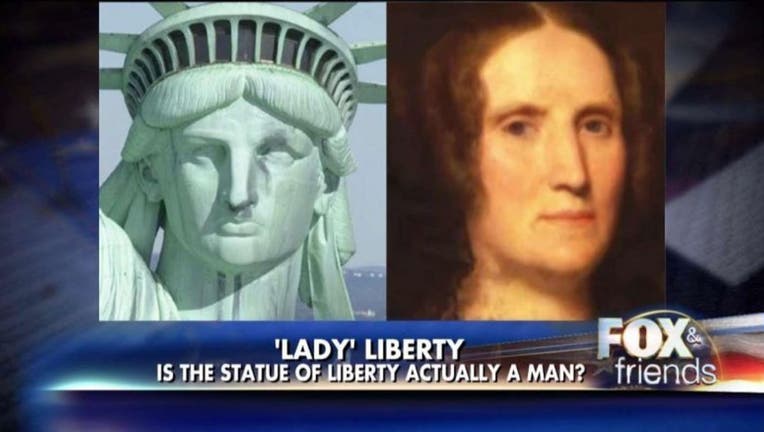 Is Lady Liberty actually a man?

The iconic statue, which has been standing in New York Harbor as a symbol of freedom and opportunity since 1886, may actually be modeled after a male, a new Discovery Family program, "Secrets of America's Favorite Places," suggests.

According to the controversial theory, French sculptor Frederic Auguste Bartholdi used his brother as a template for the face of the Statue of Liberty, rather than his mother, as is commonly believed.

On "Fox and Friends Weekend," historian and professor Edward Berenson disagreed with the theory.

Berenson said that the statue is based on neither Bartholdi's brother nor his mother, but a Roman goddess of liberty.

"That was explicit," Berenson said, referencing an extensive collection of Bartholdi's letters that are kept at the New York Public LIbrary. "He was influenced by all these other goddesses of liberty that came out during the French Revolution. To me, there's no way the Statue of Liberty is male."