PHOENIX - A six-week-old kitten who was trapped in a Phoenix storm drain for a week has been rescued and is now safe and recovering at Arizona Humane Society (AHS).

The kitten was found trapped in a drain near 20th Street and Indian School Road, and with the help of AHS and Phoenix firefighters, he was rescued after a two-day effort.

"After two days of the underage kitten evading rescue attempts, he was finally rescued after AHS set a humane trap to help lure him to safety," AHS said. "It is expected he will need a couple weeks of medical care to get up to weight and healthy enough to be up for adoption." 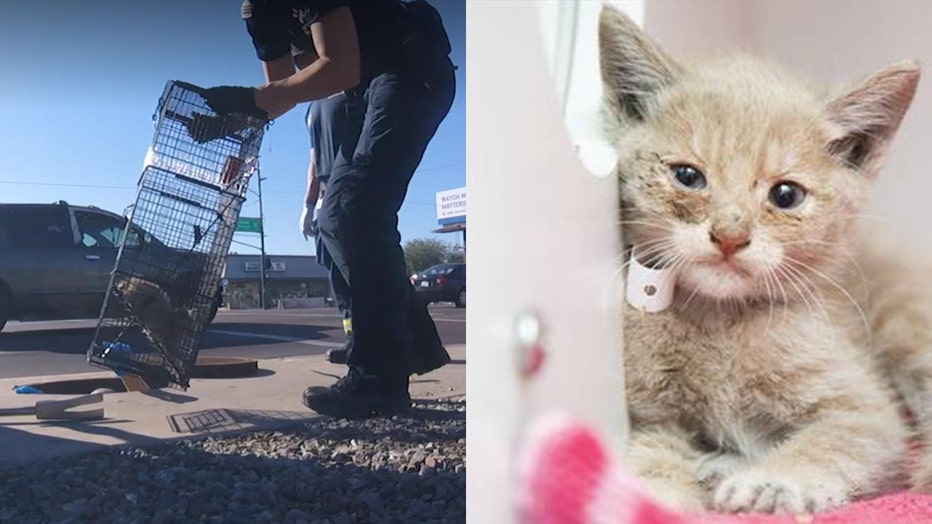 He had fleas, was underweight and needed treatment for a tummy ache.

"To add to this amazing rescue, one of the firefighters on scene may even adopt the little kiddo once he is ready to go," AHS said.

In 2020, AHS says it's given more than 6,000 animals second chances at finding their forever families.