PHOENIX - A candidate running for a seat on the governing board of an East Valley school district has attracted controversy after he mistakenly identified another person as the suspect in Wednesday night's shooting at the Westgate Entertainment District in the West Valley.

According to Glendale Police, three people were injured in the shooting, and the suspect, identified as 20-year-old Armando Hernandez Jr., has admitted to carrying out the shooting. Hernandez told police he had been bullied and wanted to gain respect.

While the tweet has been deleted, FOX 10 has obtained a screenshot of it, which shows Scott Weinberg identifying the suspect as a "left-wing LGBTQ ASU student". The tweet was reportedly made earlier on Thursday. 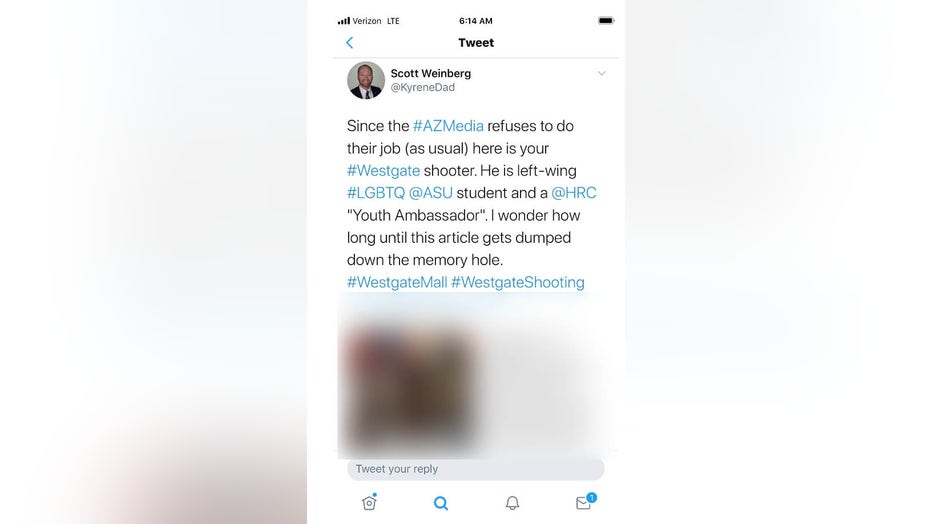 A screenshot of the tweet made by Weinberg that has since been deleted.

"Since the #AZMedia refuses to do their job (as usual) here is your #Westgate shooter," Weinberg wrote in the now-deleted tweet.

While the person identified by Weinberg in the tweet shares a similar name with the suspect, authorities have since released the photo of the actual person they believed to be responsible for the shooting. 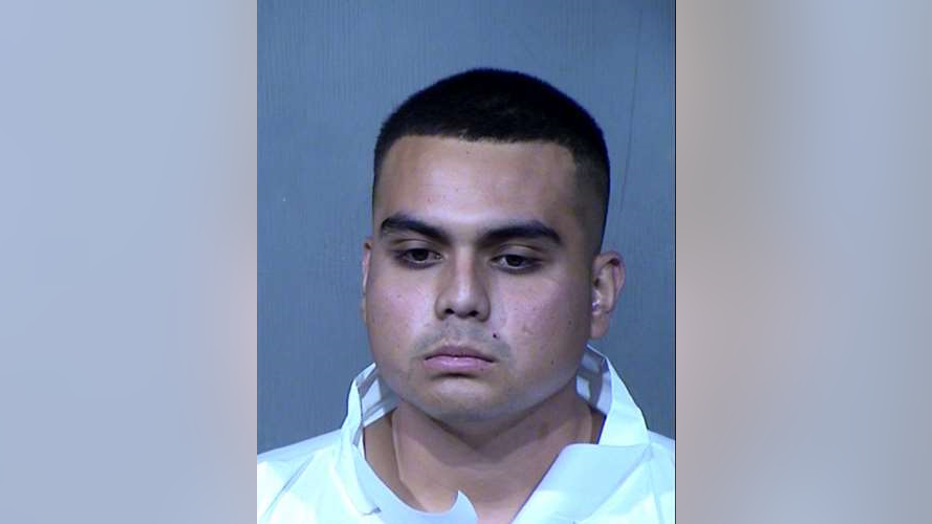 According to the website of the Maricopa County School Superintendent, Weinberg has filed a Statement of Interest to be a candidate for a Kyrene School District governing board seat in 2020.

Kyrene School District operates a number of elementary and middle schools in Tempe, Chandler, and Ahwatukee.

In subsequent tweets, Weinberg apologized for mistakenly identifying another person as the shooting suspect.

"Several people reached out to vouch for the individual who is close in age and has the same name as the #Westgate shooter. I apologize for my mistake. I should have properly vetted the information before tweeting it," Weinberg wrote.

Weinberg went on to say his original tweet was intended to criticize the media, and was not meant to cause harm.

FOX 10 reached out to Weinberg via Twitter, where he provided a longer statement that reads, in part:

"At 5:25 AM this morning, I tweeted incorrect information regarding the identity of the Westgate shooter after seeing it in my timeline. The situation was still fluid and the individual had the same name as the actual shooter. I removed the tweet less than an hour later once I began to question its accuracy. Upon full realization of my error I issued an apology."

"Mr. Weinberg took to social media to falsely accuse and baselessly attack a young man who is a member of the LGBTQ community, of participating in [Wednesday's] shooting." wrote a portion of the statement. "Mr. Weinberg's attack was not only a lie, it was also an attack propagated this young person simply because they are an out and proud advocate for equality for all."