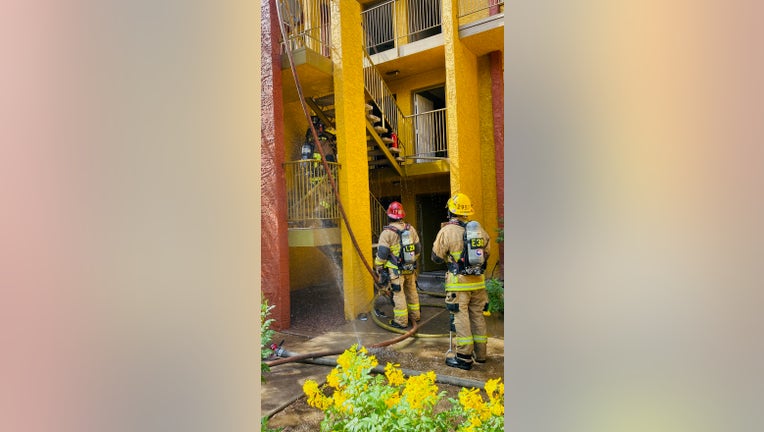 Phoenix firefighters put out an apartment fire near I-17 and Bethany Home Road on Sept. 29.

PHOENIX - A dozen people have been displaced after a large fire damaged three stories of an apartment complex near Interstate 17 and Bethany Home Road in Phoenix on Thursday.

Phoenix firefighters were called to the area after a resident said a fire started on her second-floor unit.

First responders were able to extinguish the flames, but six apartment units were damaged in total.

No injuries were reported, and investigators are still trying to figure out what caused the fire.