As Laveen's population grows, the Phoenix suburb is also dealing with a homeless problem that continues to grow, and that has left area residents frustrated. FOX 10's Linda Williams reports.

PHOENIX - As the community of Laveen continues to grow rapidly, the area's homeless problem is also growing.

While officials with the City of Phoenix say they are working with residents and local businesses to deal with the problem, homelessness persists in the area. 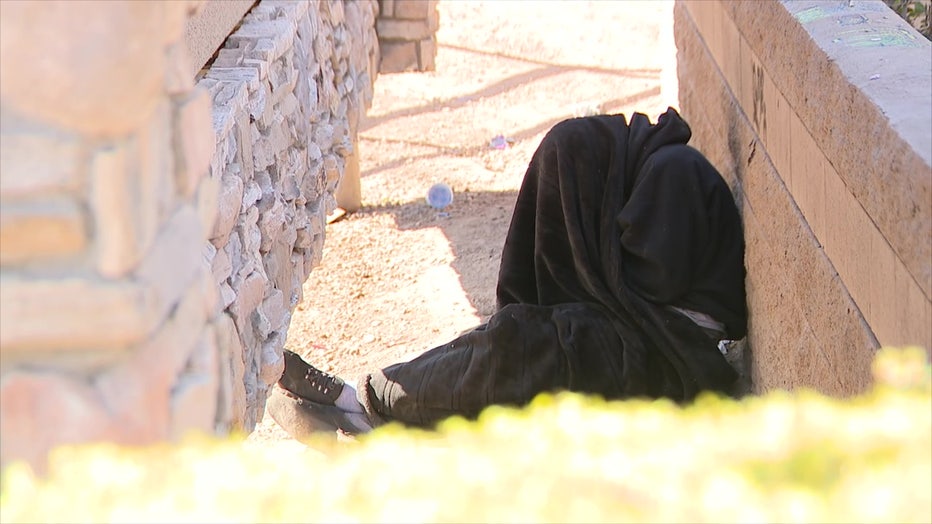 The area's homelessness problem can be seen in plain sight.

On the morning of Feb. 9, at the intersection of 51st Avenue and Baseline, a man can be seen sleeping under the sign of a shopping complex. The man then gets up, and smokes a pipe under a blanket.

"It's embarrassing to see Laveen go from this nice area, and all of a sudden, it's dirty. It's trashy," said Shannon Means.

Means says she avoids this part of the community nowadays.

"I mean, all these houses cost so much money, and you want to live in a nice neighborhood, and you can't" said Means. "You don't go outside with your kids to the park, because you don't know who's gonna be sleeping on the park bench."

Meanwhile, people in housing developments in the area complain they don't feel safe, and they are venting their frustration on a neighborhood-based app called NextDoor.

"They just hang out and sleep everywhere," said Means. "I just feel like it needs to be taken care of somehow and someway."

Some say they like it out in the streets 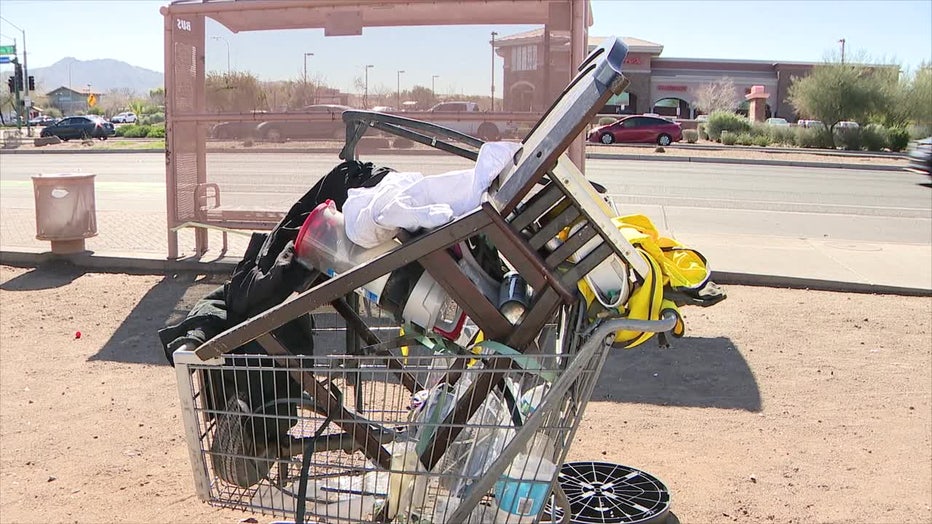 People who gathered at a bus stop in the area said they like the area.

Ashley DeLowe, 31, said it is a place to hang out with friends, and do drugs.

"I have a home. I just choose be out here," said DeLowe. "Maybe it's the people, the lifestyle, the drugs. I don't know what it, is but I choose to be out here."

DeLowe said her drugs of choice are fentanyl and meth, and she and her friends feel safe on this corner.

Officials with the City of Phoenix have issued a statement on the homelessness issue in the Laveen area. It reads, in part:

The City of Phoenix has been working with businesses and residents in the area of 51st Avenue and Baseline to address concerns since September 2021. Staff from the Neighborhood Services Department assisted with removing graffiti, shopping carts, and overgrown vegetation near the intersection. Additionally, staff assisted with community cleanups and conducted business outreach efforts, distributing information about how to report concerns to the city.