PHOENIX - Wes Holmes started at the front of the line.

"These are books that everyone's writing from their hearts," he said.

With spiral notebooks in hand, Holmes asked those who were waiting for the rally to begin to share their thoughts and write down a few simple words for President Donald Trump.

"I would say thank you for doubling the funding, for the budget, for HIV and aids funding because I am LGBT," one person said. "I can't say I speak for all LGBT, but I am appreciative of what he is doing for our community."

Whatever the age or background, the words written came from the heart.

"I think it's pretty cool, it makes it more special and personal for him and it's something that he can keep forever. It's something he has a physical copy of, not just something that goes away I guess," said another person waiting in line.

Holmes wasn't surprised by the feedback he received and only wished he brought more books. The Prescott resident says he hopes to contact his local congressman and ask if he can pass the letters to the president. 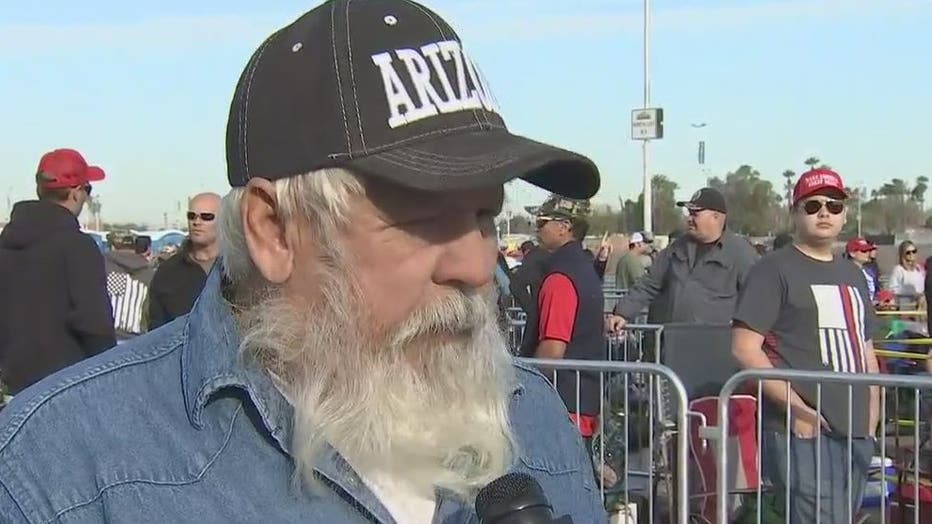