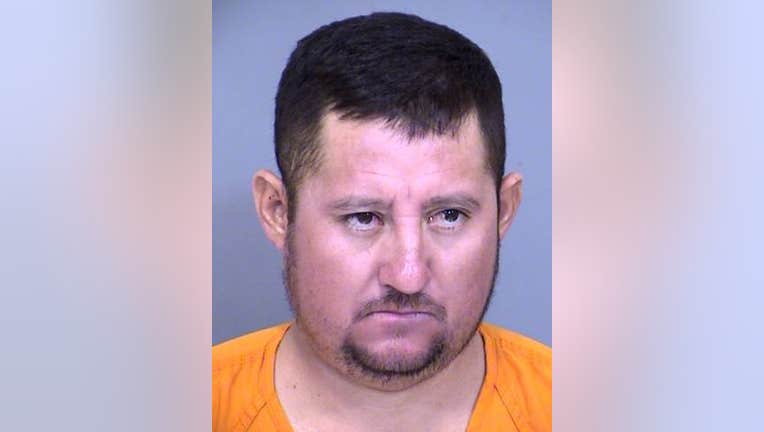 CHANDLER, Ariz. - Police have arrested a man accused of shooting and killing his roommate at a Chandler apartment.

According to Chandler Police, officers responded just before 9 p.m. on July 1 to an apartment located near Chandler Boulevard and McQueen Road after a person called 911 saying that a man had shot his roommate several times.

When officers arrived at the scene, they found 27-year-old Eduardo Nunez-Ayala with multiple gunshot wounds. He was taken to a hospital where he was pronounced dead.

The suspect in the shooting, 32-year-old Cruz Guadalupe Martinez-Homo, was at the scene and was arrested by police.

"The investigation revealed Martinez-Homo had developed hatred towards Nunez over the past few weeks, culminating in the shooting," police said in a statement.

Several other adults and small children were inside the apartment at the time of the shooting. They were not injured.

Martinez-Homo was booked into jail and is accused of first-degree murder.