LUKE AIR FORCE BASE, Ariz. - Police say no threat was found following reports of an explosive device at Luke Air Force Base on the night of July 1.

According to Glendale Police, a driver drove up to the south gate at the military base and said he thought someone had placed an explosive device on his vehicle.

The area was locked down and authorities searched the vehicle but found no explosive device.

"Further investigation determined that the driver has a mental disability," police said in a statement on Friday. "The driver was transported to a medical facility for further medical mental health treatment."

Police say it is unknown if any charges will be filed.

The vehicle was released to its registered owner. 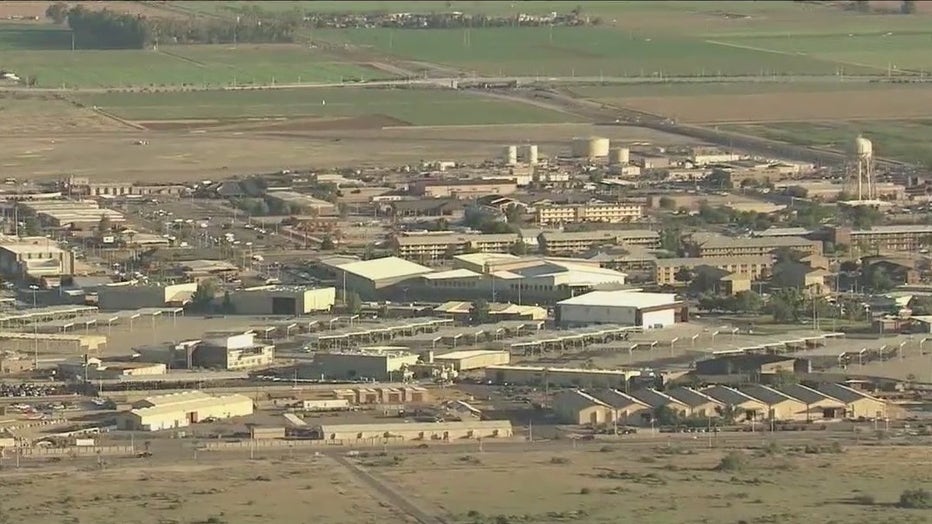 Luke Air Force Base ((From Archive))